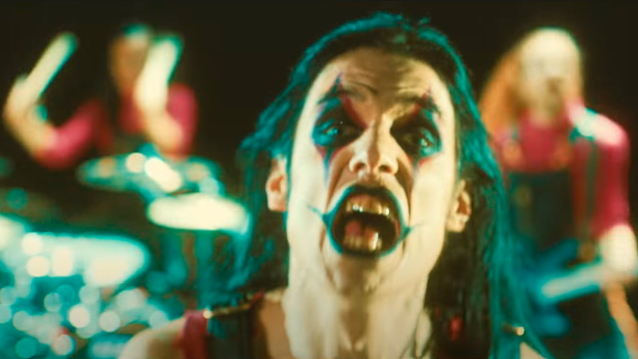 AVATAR Teases 'Silence In The Age Of Apes' Music Video

Swedish metallers AVATAR have released a teaser for their official music video for the song "Silence In The Age Of Apes". The full clip, which was directed by Johan Carlén, will make its online debut on Thursday, May 14 at 4 p.m. ET / 1 p.m. PT.

"Silence In The Age Of Apes" is taken from AVATAR's upcoming album, "Hunter Gatherer", which will be released on August 7 via eOne.

The band revealed the name of the new disc in in a one-and-a-half-minute video teaser which was uploaded to AVATAR's official YouTube channel on May 5.

Other songtitles set to appear on the LP include "Colossus", "Child", "Scream Into The Void" and "Secret Door", the latter of which featuring a whistling guest turn by SLIPKNOT and STONE SOUR frontman Corey Taylor.