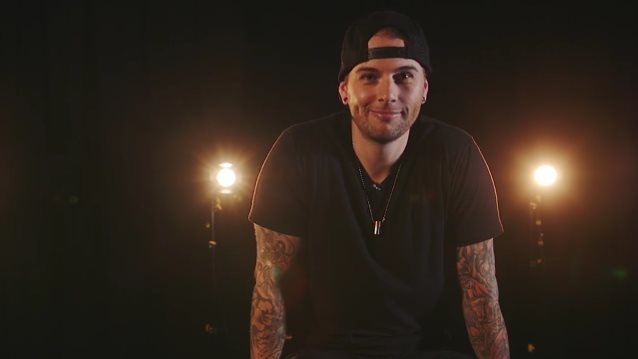 AVENGED SEVENFOLD Frontman Talks About His Passion For Golf (Video)

AVENGED SEVENFOLD frontman M. Shadows recently spoke to NME about his passion for golf, how he discovered the sport and his favorite courses to play. Check out the clip below.

AVENGED SEVENFOLD's latest album, "The Stage", came out a little over two months ago. The group made the disc available at midnight on October 27 with almost no promotion beforehand, save for the arrival of a new song one week earlier.

The surprise release of the effort, which was announced the night it went on sale, earned the lowest sales of an AVENGED SEVENFOLD album in eleven years — less than half the tally of its previous two efforts.

The marketing plan and launch of the album, the band's first for Capitol Records, was months in the making, starting with the projection of the band's logo, the Deathbat, on buildings in cities around the world. The campaign even included some misdirection, as the group had its friend Chris Jericho "accidentally" leak a fake album title and release date.