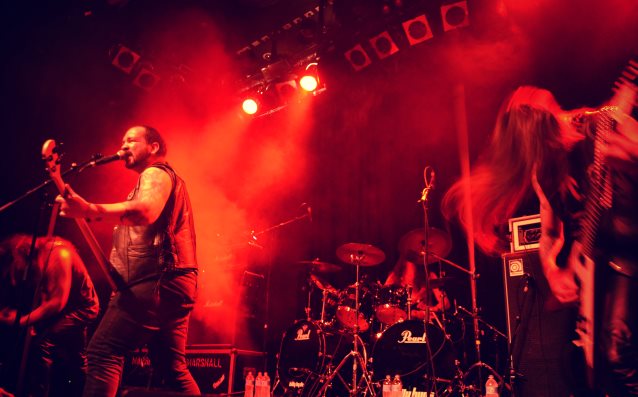 Season Of Mist has announced the signing of NOCTURNAL GRAVES. The Australian old-school death metal wrecking crew will release its third full-length album later in the year.

Comments the band: "NOCTURNAL GRAVES would like to extend our gratitude to Season Of Mist and we look forward to working with them on our next releases.

"We are in the process of writing our third album, so expect nothing less than total death metal savagery!!"

The Australians hit Europe in 2009 and celebrated the event with "The Gravespirit Sessions" split. Former DESTRÖYER 666 and RAZOR OF OCCAM guitarist Shrapnel and drummer L.W. joined in 2012.

NOCTURNAL GRAVES widely extended its international fanbase with the release of its sophomore album, "...From the Bloodline Of Cain", in 2014, which resulted in an invitation to the 2016 edition of Maryland Deathfest and more shows in the U.S. The tour concided with the release of a limited-edition seven-inch EP, "Sharpen The Knives / Lead Us To The Endless Fire".