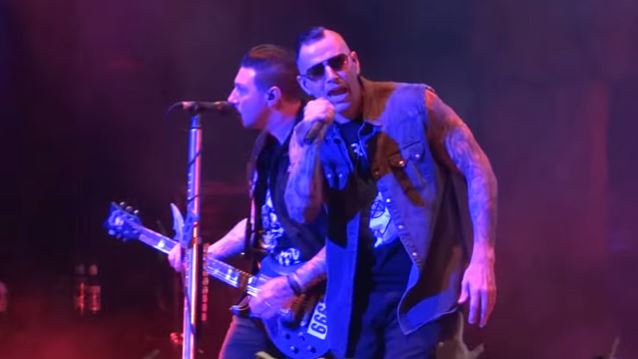 AVENGED SEVENFOLD: Teaser For 'This Is Bat Country' DVD

A one-and-a-half-minute teaser for AVENGED SEVENFOLD's forthcoming DVD, "This Is Bat Country", is available below.

In a 2014 interview with Loudwire, AVENGED SEVENFOLD singer M. Shadows stated about the band's forthcoming DVD: "It is going to encompass the whole world that we've been filming for the last five years, being in all these different countries with our camera guy. That'll be a fun thing, I think. We're going to film some big shows — I think we're filming Mexico City coming up, and we have some other shows we're going to film and kind of intertwine the live performance with this huge DVD we want to do."

"This Is Bat Country" is reportedly once again being directed by Core Entertainment's Rafa Alcantara, who also worked on 2008's "Live In The LBC & Diamonds In The Rough" and the band's critically acclaimed 2007 road documentary "All Excess".

M. Shadows told Kerrang! magazine in 2012 about AVENGED SEVENFOLD's next DVD: "We're trying to film everywhere besides the United States. We just did Europe last summer with Rafa — who did our first DVD, 'Live In The LBC' — and now we want to do Asia and South America. We're going to release something that represents everybody."

AVENGED SEVENFOLD released its latest album, "Hail To The King", in 2013. It was the band's second straight studio effort to debut at No. 1 on the Billboard chart, following 2010's "Nightmare".

M. Shadows said in a recent interview with the Jakarta Post that the band has evolved past its original sound and won't be revisiting it anytime soon. Asked if fans could expect the band to ever return to its "metalcore" roots, Shadows replied, "The metalcore has been left behind. It's not something that any of us find enjoyment in listening to, so it's obviously that the direction we would write songs in. I wouldn't hold my breath for a comeback. We are ever evolving and never repeat ourselves."

Pressed on how he sees the band evolving musically, Shadows added, "I want to stay away from trends and do what we want to do musically . . . as we develop, I just see us following our heart on this musical journey."

Guitarist Zacky Vengeance told The Pulse Of Radio a while back that the band has met resistance from its fans as its sound has changed. "It's difficult, you know, to take a step forward when you know you're gonna be criticized by first and foremost, your own fan base," he said. "Any time you do anything different, everybody has an opinion on it. But you have to know exactly what you want to do as an artist." 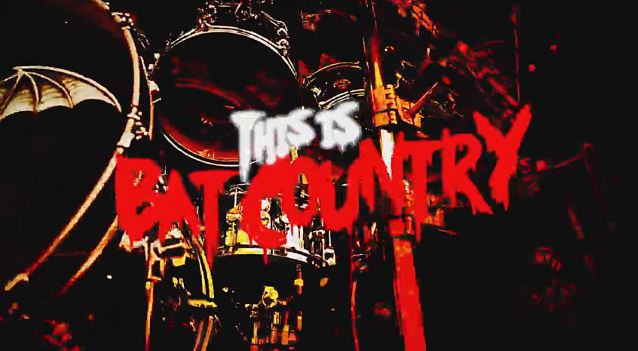