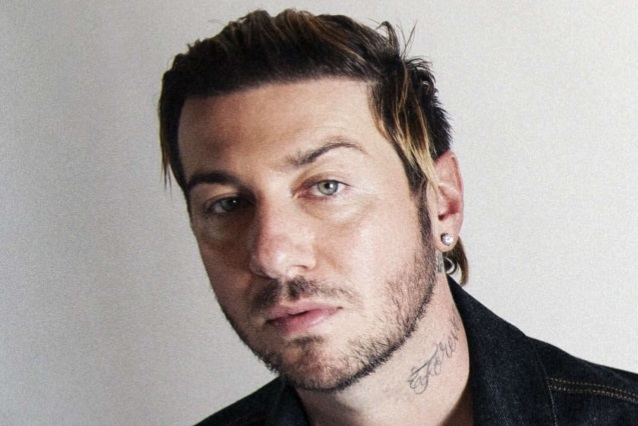 In a brand new interview with the Omaha World-Herald, AVENGED SEVENFOLD guitarist Zacky Vengeance spoke about the fact that not a lot of metal bands other than his group, METALLICA and IRON MAIDEN are big enough to play arenas.

"I think it's due for a revival," Zacky said. "It's gonna take the right bands. Metal and rock fans are definitely there. They love it. They live for it.

"METALLICA is selling out arenas. We're selling out arenas. When a young and upcoming band like a new SYSTEM OF A DOWN or new RAGE AGAINST THE MACHINE comes, people take note of it. All it's gonna take is catching a radio programmer's ear, and people are gonna catch on.

"In the pop and hip-hop world, there's a lot of garbage. I love all kinds of music, but when the right band comes, we're gonna see a resurgence."

Zacky told Spain's Goetia Media last November that AVENGED SEVENFOLD was "very, very fortunate to be able to play these shows that we are playing. But it's important for a band like us to go out there and put on the best show that we can," he said. "That means blow stuff up and play loud and give the fans their money's worth. It really needs to be a show.

"It's taken a lot of these bands their careers to get to the level that they're at," he continued. "IRON MAIDEN and METALLICA are bigger now than they ever were. They're playing stadiums across the entire planet. Even though it seems like their heyday was back when MTV and the radio played their songs all the time, the truth is that they've gotten bigger now because they play all the time and people know they're going to get a great show. You get different generations. You have dads bringing their dads and people bringing their own sons and entire families coming to the concerts. That's why there's so many people. For us, we're still young. We need to go out there and give it everything we have and play the best we can. I believe that if we're able to persevere and have the longevity of some of these classic bands, then hopefully someday we'll have the same sort of legacy that they do."

AVENGED SEVENFOLD released a "deluxe edition" of its latest album, "The Stage", in December.

The band's 2018 North American arena headlining tour kicked off January 12 at the Bridgestone Arena in Nashville with special guests BREAKING BENJAMIN and BULLET FOR MY VALENTINE. The trek is North America's introduction to the electrifying "Stage" spectacle that drew rave reviews in Europe.

Vengeance told Argus Leader that his band was pulling out all the stops for its current headlining tour.

"Opening for METALLICA [last summer] was absolutely incredible but humbling," he said. "Because of the METALLICA tour, we decided to hold off on doing a proper headlining arena for stateside until now. The tour that we had spent a year designing, we've only brought it over to our European fans. It's a really different AVENGED SEVENFOLD experience for our fans. And that's what makes it so special. There's no other bands doing anything like it."