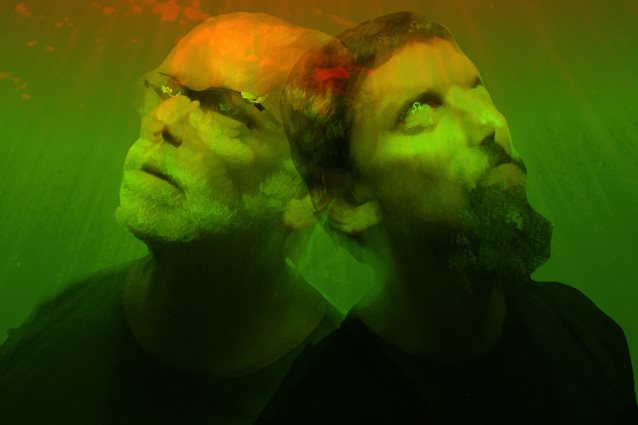 AZONIC, the duo featuring BLIND IDIOT GOD founder Andy Hawkins on guitars and Tim Wyskida (KHANATE, BLIND IDIOT GOD) on timpani, concert bass drum and gong, will release its second album, "Prospect Of The Deep Volume One", on Friday, October 27 via Indivisible Music. The cover artwork was created by Seldon Hunt and can be seen below.

During BLIND IDIOT GOD rehearsals, Hawkins was inspired by Wyskida's more improvisational approach to imagine new possibilities for the next AZONIC LP. A standard drum set did not lend itself to the long-tone music of AZONIC, so Hawkins acquired two timpani and a concert bass drum and Wyskida committed to an improvisational duo of guitar and orchestral percussion.

This new material was recorded with Bill Laswell (MOTÖRHEAD, WHITE ZOMBIE) at BC Studio last November. The facility was selected for its enormous tracking rooms, which are ideal for the high-volume, long-tone qualities of this music. The recording is highly evocative, rich in tone, focused wide and with an immense scale.

"Prospect Of The Deep Volume One" includes two side-length pieces, "Oblivion Of The Deep" and "The Argonaut's Reckoning", on the vinyl LP, and a third bonus piece, "Voices Of The Drowned" on the CD.

"'Prospect Of The Deep' is a natural progression for AZONIC," Hawkins explains. "Adding orchestral percussion to the wide-angle sonic signature extends depth and the time scale. The result is oceanic in proportion, a relentless power changing the boundaries between states of matter and the musical landscape itself. It was a long time coming, but the wave has broken." Wyskida adds: "Getting away from a drum kit and behind an old, gargantuan concert bass drum, timpani and gong opened up a wide range of possibilities: longer sustains, lower tones, pitch bending — and they can better withstand a heartless assault."

Randy Blythe from LAMB OF GOD (in a piece for Talkhouse) wrote: "Andy Hawkins once again shows that he is a guitar player of prodigious talent, wrenching an astonishing array of sounds from his instrument…" And rock critic Hank Shteamer blogged: "Wyskida is one of the rare heavy drummers I've heard, and especially one of the rare double-bass drummers I've heard, who can pummel while also caressing the time, coaxing out its little microdetails." 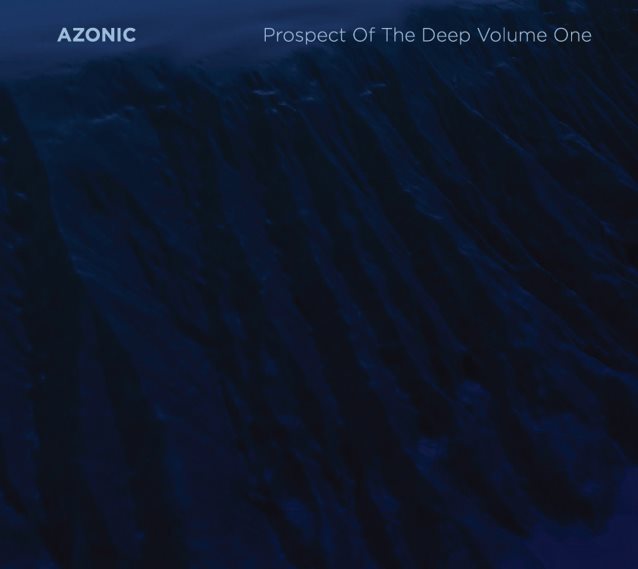