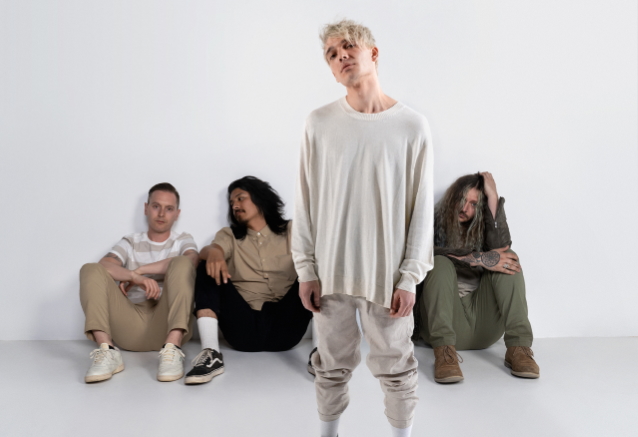 Gold-certified Los Angeles-bred and Nashville-based BADFLOWER siphons stress, sleeplessness, sex, sadness, mania, pain, and truth into revelatory alternative anthems. Lead singer/guitarist Josh Katz's quivering confessions seep into climactic distortion and, like any good rush, you need more. They deliver this rush on their forthcoming second full-length offering, "This Is How The World Ends", which is is slated for a September 24 release via Big Machine/John Varvatos Records. The official music video for the disc's first single, "Family", can be seen below.

Beauty blooms from discomfort. The second we squirm at the utterance of a lyric or the echo of a guitar chord is the moment we learn about our limits and, perhaps, make a change in our lives. BADFLOWER aren't afraid of making anybody uncomfortable. Comprised of Katz, Joey Morrow (lead guitar, backing vocals),Alex Espiritu (bass) and Anthony Sonetti (drums),BADFLOWER continue to commit body, blood, mind, and soul to their art.

"Family" hovers over an ominous drum beat as Katz's voice barely breaks a whisper. Clean guitar glows through the bass line as he confesses, "affection makes me nauseous, believe me, I don't want this," before an exhale of distorted catharsis, "'Cuz I let you down, and I lost my fucking mind…What happened to this family?"

With a poignant video accompanying the track, Katz puts his family dynamics under a microscope for the world to dissect. Directing the video, he lets the viewer in on intimate scenes from a happy childhood that turns lonely.

Expressing his feelings behind the track he penned, Katz explains: "This song is very important to me. I've spent a lot of years of my life trying to understand certain qualities about myself. Why I constantly distance myself from the people I care about the most. Why interacting with my family feels so uncomfortable as an adult. Why the simplest acts of kindness or words of affirmation feel like impossible tasks that I'd rather just avoid. I'm an extremely empathetic person but I only show that side of myself to strangers because actual vulnerability is too… vulnerable. That insecurity is turning me into a selfish, lonely person that I don't want to be. It's a lot easier to play the victim and blame other people, stress, childhood trauma etc. rather than just admit I'm responsible for it. I'm the one that owes the apologies. I let it get this bad. I still don't know exactly how to fix it, all I know how to do is articulate the way it feels through music. For now… Its gonna be impossible for me NOT to confront it now that the song is out for my whole family to hear. Which is terrifying, but it's what needs to happen. I'm fucking 30, I have deal with my shit eventually.

"I hope the song helps someone else with similar issues on either end. As a way to start the conversation or even just inspire people to be a little more mindful of the people we love and who love us. Especially now in these insanely divided times. We could all use a reminder. Families and friendships are SO important."

After forming in Los Angeles during 2014, BADFLOWER dropped two EPs before sending shockwaves throughout rock with its 2019 full-length debut, "OK, I'm Sick". Loudwire hailed it among the "50 Best Rock Albums of 2019," while the singles "The Jester", "Heroin" and "Ghost" vaulted to No. 1 at rock radio. Not to mention, the latter picked up a gold certification from the RIAA and win as iHeartRadio Music Awards "Rock Song Of The Year." Along the way, they garnered further acclaim from Nylon, Alternative Press, Music Connection and Substream magazine and performed on "The Late Late Show With James Corden" as well as "Last Call With Carson Daly". They're the rare act who can ignite a crowd at Kaboo Del Mar or Sonic Temple in addition to sharing bills with the likes of CAGE THE ELEPHANT, GHOST, NOTHING MORE, SHINEDOWN, SOUNDGARDEN, and many more. Thus far, they've also gathered over 280 million streams and counting. 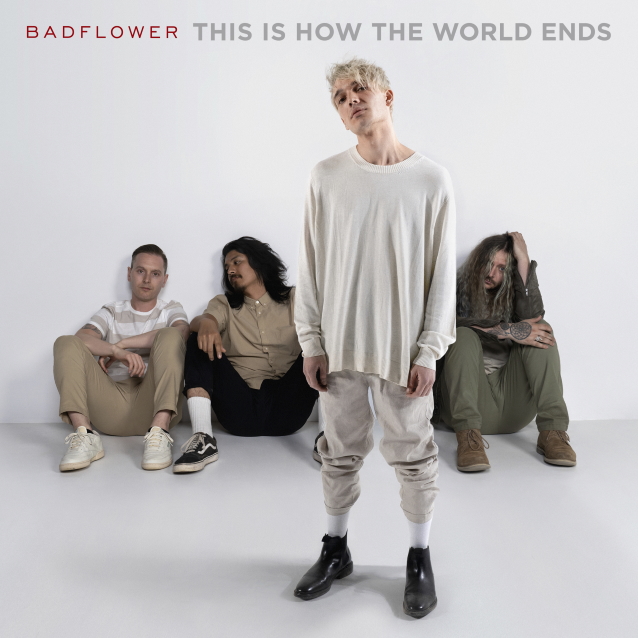