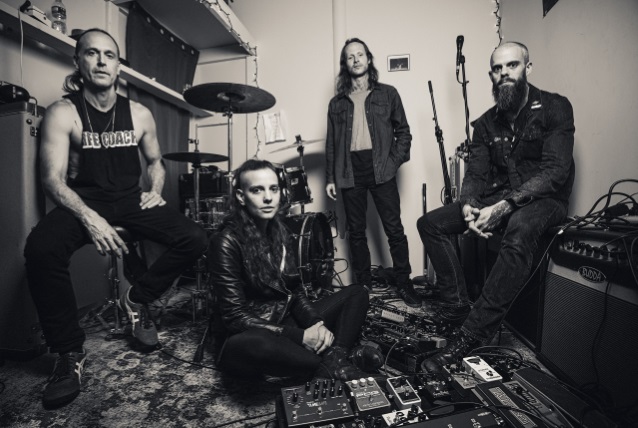 BARONESS will release the final two picture discs in its four-part "Purple" picture disc series, with "Try To Disappear" and "Morningstar" arriving December 12 via the band's webstore and at independent record stores for Vinyl Tuesday.

The limited-edition releases, which are available for pre-order via the band's webstore, each feature a quadrant of the John Baizley-created cover art for the band's album "Purple", as well as unreleased B-sides. "Try To Disappear" features a live version of the song from the band's 2016 performance at Los Angeles's Fonda Theatre while "Morningstar" features a demo version of the track.

The first two picture discs ("Chlorine" and "Wine And Shock Me") have been sold out since their release but a limited number of complete bundles, featuring all four releases, will be made available exclusively via the BARONESS webstore.

Baizley, who, Stereogum said, creates "the most unique, intriguing, stylish" album covers, has crafted the art for all four of BARONESS's albums as well as the outfit's EPs.

The band, which is currently writing music for its fifth album, recently announced an April 29 performance at the eighth annual Welcome To Rockville festival in Jacksonville, Florida.