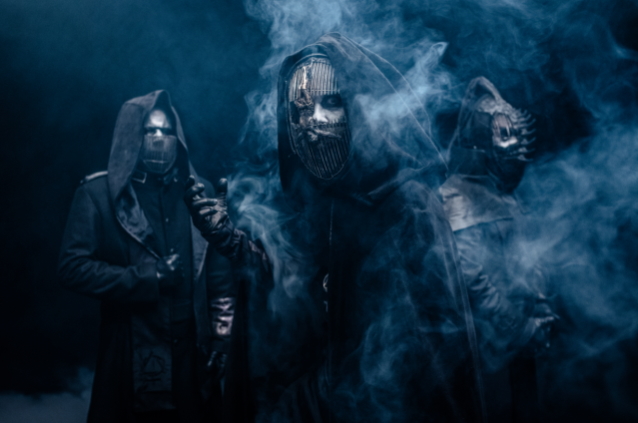 Polish extreme metallers BEHEMOTH have released the official music video for "Versvs Christvs" — a riveting extended track featuring piano and clean vocals. The song is taken from the band's twelfth studio album, "Opvs Contra Natvram", which came out on September 16.

BEHEMOTH frontman Adam "Nergal" Darski comments on the track: "Legions! Thank you for the amazing response to the new record! Wow! It feels extremely validating and liberating to have you with us. And now we present the crown jewel 'Versvs Christvs'. This video was our first time working the amazing director Agata Alexander, an L.A.-dwelling Pole whose vision and execution created this spectacular result. A special shout-out to our friends at Grupa 13 who assisted on the production. Feast your eyes on this, Legions!"

The band's latest studio album is a stark reminder of the rebellion, individuality, and unflinching self-expression that BEHEMOTH's phenomenal work imbues, shaped by a literary worldview. It also reflects a musical evolution, as there's little doubt that "Opvs Contra Natvram" is BEHEMOTH's strongest and most sophisticated musical collection to date.

Alongside the album release, BEHEMOTH dropped a wretched-yet-addictive pocket game together with Spotify, operable on mobile or desktop, that you can explore here. Users must endeavor to keep the virtual cross balanced for as long as possible. Take your eyes off the game for a second — and it's "game over." Top-scoring participants have the chance to win a pair of tickets for BEHEMOTH's upcoming "The European Siege" tour with ARCH ENEMY, CARCASS and UNTO OTHERS in a city of their choice.

Nergal recently admitted to Australia's Wall Of Sound that he was feeling a degree of trepidation and repetition before the release of this new album.

"I deeply hope that people will dig this new album. Of course, it's the twelfth record; I've been there and done that.

"I have no problems talking freely to people about music, about the content, about everything — I've learned that to perfection, really," he added. "A lot of that stuff is repetitive, okay? So don't get me wrong — I don't want to sound like I'm a bored musician talking to another interviewer; every interview is always different. It's like having sex with multiple partners — every time is different. But you need interaction, you need a fanbase, you need a following, you need a reaction from the people for this — and it's worse and worse to get that these days."