Belgian thrash metal act THE DYING (formerly CHIMAERA) has inked a deal with Drakkar Records. The group's new album, "Triumph Of Tragedy", will be re-released on December 5.

Commented Drakkar label representative Marius Kopec: "We are delighted to have this promising band on our roster for the whole of Europe, with the exception of the Benelux countries."

THE DYING's musical approach is described in a press release as "tough-as-nails guitars, furious drums and amazing vocals . . A real treat for all fans of thrash icons such as SLAYER, EXODUS and KREATOR, combined with AT THE GATES' legendary Gothenburg-style melodic metal and PANTERA's direct, in-your-face metal." 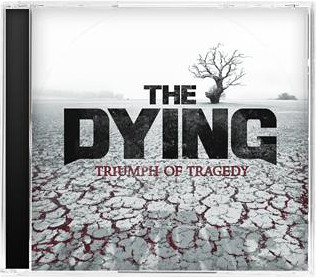