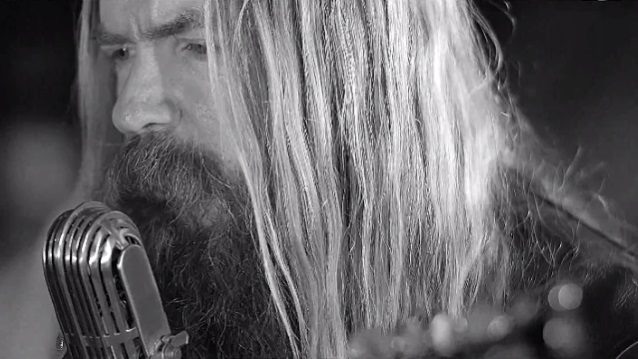 "Angel Of Mercy", the new video from BLACK LABEL SOCIETY, can be seen below. Directed by longtime collaborator Justin Reich of the Antimatter Studio, the clip depicts a stripped down version of the wall of sound that is widely associated with the band.

"Angel Of Mercy" is taken from BLACK LABEL SOCIETY's new studio album, "Catacombs Of The Black Vatican", which sold around 26,000 copies in the United States in its first week of release to debut at position No. 5 on The Billboard 200 chart.