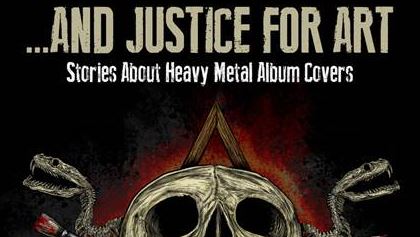 This one-of-a-kind collection of stories recounts all the particulars behind the making of artworks as iconic as SLAYER's "Reign In Blood", MORBID ANGEL's "Blessed Are The Sick", METALLICA's "…And Justice For All", BLACK SABBATH's "13", DEATH's "Symbolic", CARCASS' "Heartwork", TESTAMENT's "Dark Roots Of Earth", OPETH's "Heritage" and many others.

"Working on the '…And Justice For Art' book was an amazing experience," comments the artwork's creator, American illustrator Vertebrae33 — who has previously collaborated with artists like SLAYER, Slash and SOUNDGARDEN. "Ramón Oscuro Martos has an unbridled love of metal art as well as a tremendous amount of passion and vision for his project. As an illustrator, there is nothing better than a vision realized and the satisfaction of the client. I am excited to see Ramon's project come to fruition!"

Obviously impressed by the imposing artwork, Martos comments: "Today's metal scene is overflowed with illustrators and visual artists; however, just a few posses the ability to create distinctive images, rich in detail, colors, and conceptual depth... That's the case with Vertebrae33. Since the very beginning he was able to understand that '…And Justice For Art''s cover needed to be iconic and conceptually related to both metal and arts.

"I believe this book will coherently provide fans with plenty of first-hand information regarding to the creation of many iconic metal album covers. The artwork created by Vertebrae33 perfectly introduces the reader to that world where music and visuals become one."

Martos is now running an Indiegogo campaign to fund the printing and distribution of this book that, according to MORBID ANGEL's David Vincent (who wrote the foreword),has all the potential to become "a historical document about the importance of metal album covers."

OBITUARY drummer Donald Tardy declared: "I think this is an important book and will help to keep alive all these artworks."

CATTLE DECAPITATION frontman Travis Ryan commented that the volume is "exactly what the music world needs to remind us all just how important album covers have been to all of us that grew up surrounding ourselves with physical media." 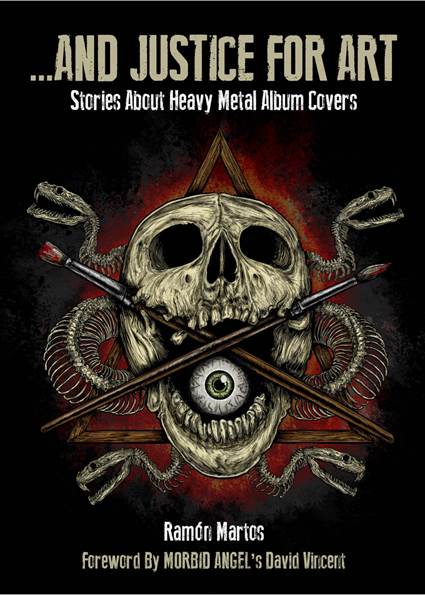