Quality photos of BLACK SABBATH's May 4 performance at the Perth Arena in Perth, Australia can be found at PerthNow.com.au.

According to The Pulse Of Radio, BLACK SABBATH frontman Ozzy Osbourne has provided perhaps his most candid comments yet on original drummer Bill Ward's decision to back out of the band's reunion album and tour. In a new interview with Mojo magazine, Ozzy explained, "I guess it's to do with finances or something. But there was also another side to it. When Bill came along, we all had to ask, 'Can he do an hour-and-a-half, two-hour gig? Can he cope?' My suggestion was that we run through a set and see how he got on because he was so out of condition and the drummer is the most demanding job in the whole band. We looked at Bill, and he couldn't remember what the fuck we were doing."

Ozzy added that it "would have been cool" for the band to tour with a back-up drummer or just have Ward play a portion of the set, but that Ward "didn't come clean and say, 'I can't cut this gig.'"

Ozzy continued, "I get where he's coming from, though. His pride was hurt and I get it. I really do get it. The guy will always be a dear, dear friend and a brother to me . . . I'm not gonna give Bill a hatchet job, but at the same time we haven't got the patience to deal with it."

Ward was on board for the reunion when it was first announced in November 2011, but backed out soon after, claiming that he was given contractual terms that were not fair.

SABBATH has used Ozzy's regular touring drummer Tommy Clufetos since then for live work. RAGE AGAINST THE MACHINE's Brad Wilk laid down the drum tracks on the band's upcoming album, "13", due out June 11.

SABBATH finished the Australian leg of its world tour over the weekend and now heads to Japan to play that country's first-ever Ozzfest on Sunday (May 12). A North American trek begins on July 25 in the Woodlands, Texas. 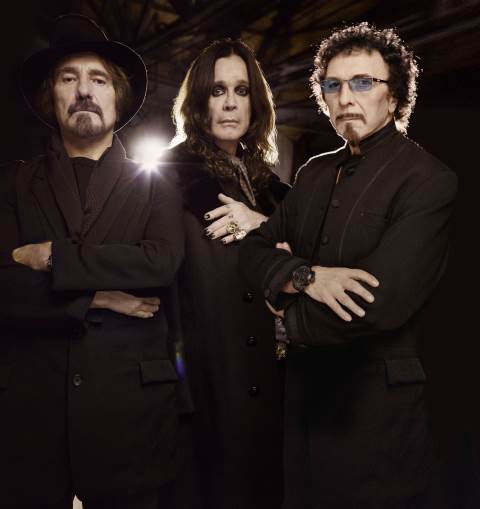