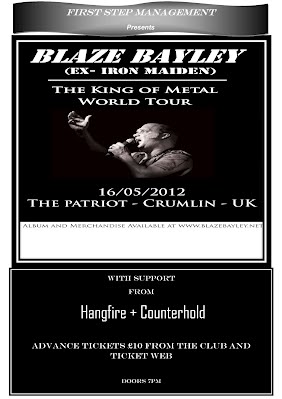 Video footage of Blaze Bayley's (IRON MAIDEN, WOLFSBANE) May 16 performance at The Patriot in Crumlin, Wales can be seen below.

Bayley's new studio album, "The King Of Metal", was released in March. The CD was recorded at Fear Studio in Ravenna, Italy.