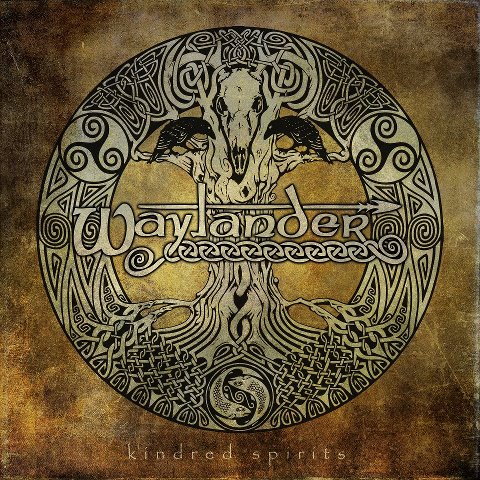 Irish folk metallers WAYLANDER will release their fourth full-length album, "Kindred Spirits", on July 16 in Europe and August 14 in North America via Listenable Records. The CD was mastered at Finnvox studio (CHILDREN OF BODOM, NIGHTWISH) in Finland.

According to WAYLANDER, "'Echoes Of The Sidhe' deals with the enduring fascination in celtic countries with the Sidhe/the Fairy folk/Tuatha De Danann which has survived the coming of christianity as well as the modern age of enlightenment. The belief in the old Gods and the existence of higher plains of existence has endured and will continue to do so."

On the topic of the second song on the album, WAYLANDER says, "'Lámh Dearg' — meaning Red Hand, the symbol of the northern province of Ulster of which Northern Ireland makes up two thirds. For the first time since our debut demo, the conflict in Northern Ireland is used as subject matter for one of our songs. This song is about love for the land which transcends politics, where the land itself is sacred while mankind are merely the custodians for the generations to come. Concentrate on what unites us as it's a lot more than people have knowledge off due to a blinkered mindset. In effect this song is a modern pagan perspective on the conflict we have endured."

WAYLANDER's last album, "Honour Amongst Chaos", was released in 2008 via Listenable Records.