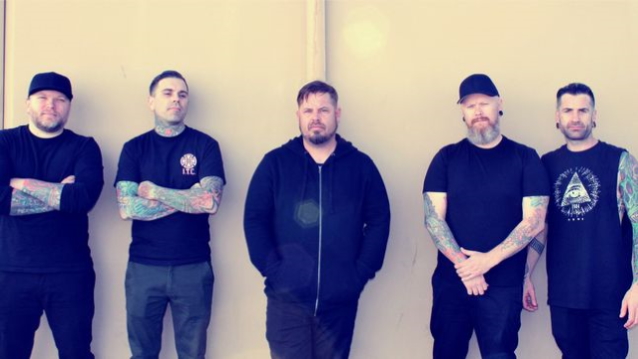 After issuing two albums via Nuclear Blast in the earlier part of the century, BLEED THE SKY is back. The band just inked a new deal with Art Is War Records for the release of its upcoming album, "This Way Lies Madness", out on January 17, and will embark on the "Revival" tour with labelmates SKINLAB in January.

This January, BLEED THE SKY will hit the road on a 16-date tour run to kick off a busy 2020 along with SKINLAB, which just issued its latest LP, "Venomous". ARISE IN CHAOS round out the bill as support, with SO THIS IS SUFFERING joining them on select dates.

Robinson states: "We're very happy to announce some important news to all you patient (and impatient) fans out there. We have entered a new partnership agreement with AIW (Art is War) Records for the release of our new album, 'This Way Lies Madness'. This label has the utmost confidence in BLEED THE SKY and in our new album. They have worked tirelessly with us to ensure that this album will be exactly what fans have been waiting for. We'll be shooting a video for our newest single, which will be released in December. Also, we are excited to announce our first headlining tour in over a decade. We are honored to be touring with the legendary SKINLAB. We have put our blood, sweat and tears into this next album and we can't wait for you all to hear it." 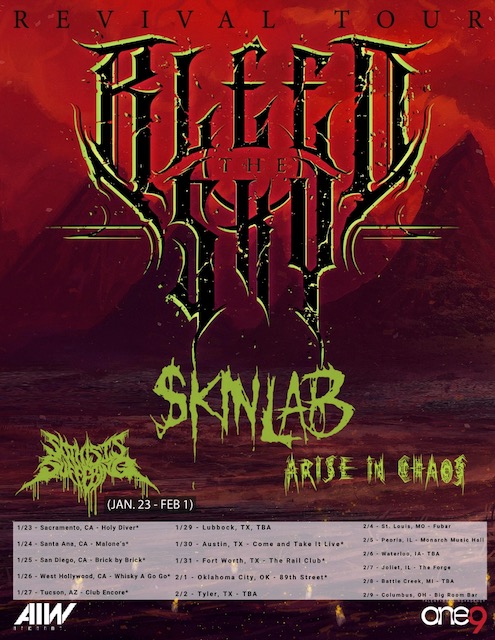