An extended trailer for "Scream For Me Sarajevo", a documentary telling the story of a 1994 concert given by IRON MAIDEN singer Bruce Dickinson while the Bosnian War was raging and Sarajevo itself was under siege, can be seen below.

"Scream For Me Sarajevo" was released on June 29 on DVD, Blu-ray and digital via Eagle Vision. In addition, the music from the film was made available on CD/double LP via BMG.

The first time Dickinson was in Sarajevo, the city was cut off from the world, its citizens brutally terrorized by shooting, bombing and starvation with electricity and water supply being nothing short of a luxury. Bruce and his then-solo band drove through the frontlines and ultimately played a show for the people trapped in the city. What this gig meant to the people and how it changed Bruce and his band is told in "Scream For Me Sarajevo".

Featuring footage from the historic gig, the film also meets those that made it to the show and made the show happen; determined to keep living their lives despite the atrocities going on around them. Interviews with the band, crew and security bring home the reality of the situation that was not only dangerous, it was barbaric.

"We weren't protected, there was no plan and the bullets were real, but fuck it, we went anyway," said Bruce in his autobiography "What Does This Button Do?" "The gig was immense, intense and probably the biggest show in the world at that moment for the audience and for us. That the world didn't really know didn't matter. It changed the way I viewed life, death and other human beings."

In addition to the feature film, a specially recorded interview with Dickinson will be included as exclusive theatrical-only content in participating theaters.

In a December 2015 interview with the Radio Sarajevo show "The Aebyss", Bruce spoke about the security concerns he has in an age of terrorism when it comes to deciding which countries to travel to in order to play for the people there. He said: "Personally, yeah, I'll play no matter what. Your concern has to be, actually, for people who don't have a choice in the matter. I mean, it was my choice [in 1994] — actually our choice, collectively, 'cause we all, collectively, said, 'Yeah, we're all crazy enough to try and do this thing and drive into Sarajevo in the middle of a war and see if we can do and do a gig. And [laughs] we're not quite sure when we're gonna come back.' But those poor people that went for that [EAGLES OF DEATH METAL] concert at the Bataclan [in Paris, France] had no choice; they were completely, completely innocent in every possible way. And, of course, nobody knew that the place was gonna get targeted. So, unfortunately, there's a judgment call that people have gotta make, and you have to make it on the best information available — as to whether or not you're suddenly gonna get… If somebody says, 'We're gonna massacre everybody at a rock concert,' you say, 'Well, is it some lunatic, or is it genuinely credible that this might happen?'"

He continued: "You can't take the responsibility for what might be some lunacy, massacring people, just because you wanna be kind of 'macho man' and stand up and say, 'Ah, yeah, yeah, yeah, we did this and people threatened us, but we were like macho men.' And that's great until one day it turns out that somebody does go and do [something like that] and then you have lots and lots of dead women and children, and you go, 'Maybe we shouldn't have done the show, because there was a credible threat.' So, unfortunately, you've gotta be grown up about it. But, at the same time, you still need to be able to offer people that hope and send that message out there. They can't stop… Real life just carries on. I mean, when the Irish Republican Army, years and years ago… when I was a kid, things were getting blown up left, right and center in the U.K., and one lot was blowing things up and horrendous things happened, and nothing stopped — people just got on with it and carried on. You don't stop. You don't back down from living your life. And that was the message in Sarajevo — that in all the craziness, this little bastion of rock and roll and kind of normality happened, for five minutes, in the middle of it. You know, yeah, you know what? There is light at the end of the tunnel there. So all those kinds of things are acts of defiance, but not involving guns or bombs or bullets and things like that." 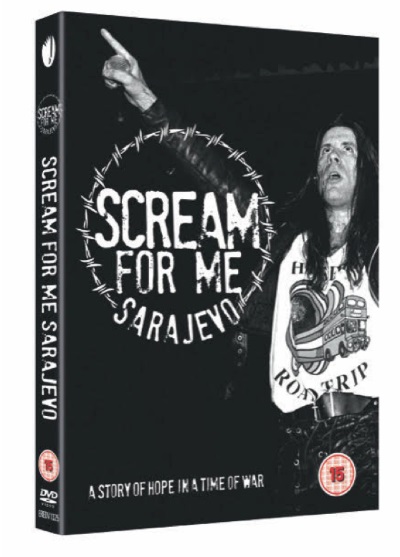 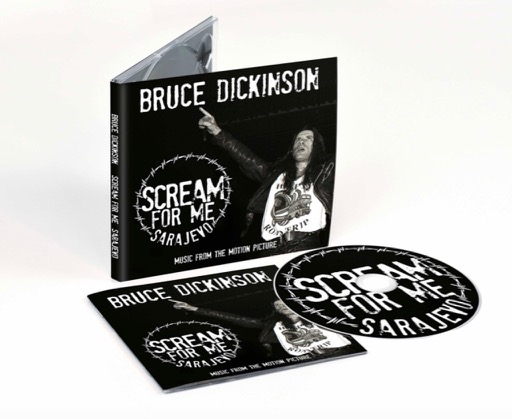 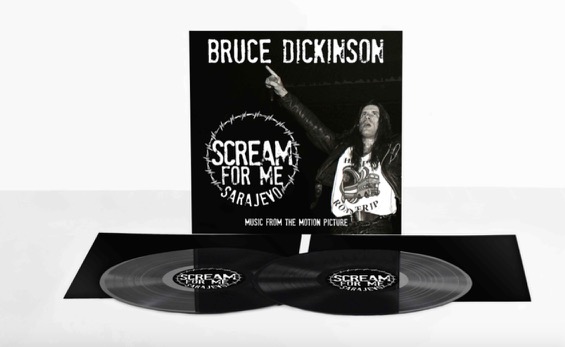