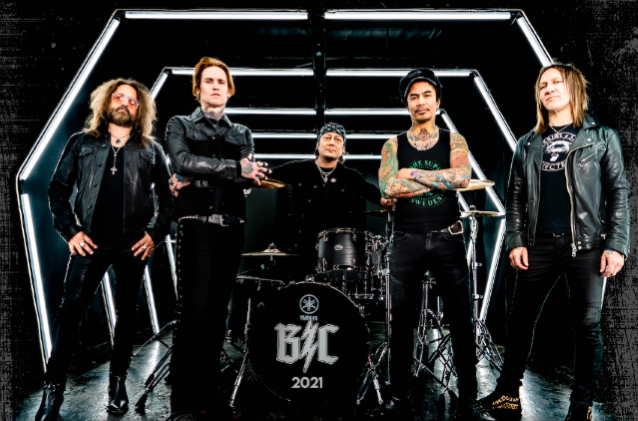 Vocalist Josh Todd of California rockers BUCKCHERRY has confirmed to Australia's Metal Mal that he and his bandmates have completed recording their new album. The follow-up to last year's "Hellbound" was once again helmed by producer and songwriter-for-hire Marti Frederiksen, who has previously collaborated with AEROSMITH, DEF LEPPARD, Jonny Lang and Sheryl Crow, among many others.

Todd said: "The tenth record, it's very special for us. To be able to have ten records is crazy, looking back on everything. So I was really excited to get to this effort. And it's a great record. And I know I'm saying that because we just recorded it, but it's really good; I think people are gonna really love it. Yeah, that will be coming next year, sometime probably beginning of summer."

In August, BUCKCHERRY announced that Todd and guitarist Stevie Dacanay (a.k.a. Stevie D.) would head to Nashville in late September to finish the writing process for the band's tenth studio album. The band was scheduled to begin recording the effort on November 4.