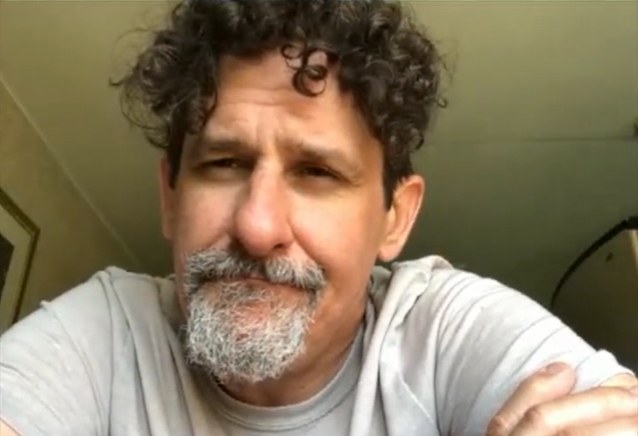 CANNIBAL CORPSE Drummer Doesn't Know If He Will Get COVID-19 Vaccine: 'I'm Weird About Being Forced To Take Something'

In a new interview with Finland's Kaaos TV, drummer Paul Mazurkiewicz of veteran Floridian death metallers CANNIBAL CORPSE was asked if he will get the COVID-19 vaccine to help stop the novel coronavirus from spreading. He responded (transcribed by BLABBERMOUTH.NET): "I don't know. I'm not one for that kind of stuff, so I don't know. I think we may have no choice, maybe, being who we are, kind of a thing. Before all this, obviously, going to certain countries, [they would tell us], 'Hey, you need that vaccine, you need that shot,' because of the diseases that may be happening — like in South America, or something like that — or you're not going to that country. So you had no choice. So that may be the reason for us to have to get the vaccine, is, 'Hey, you wanna come to Europe? Well, you have no choice.' So it kind of stinks.

"In a personal sense, I don't know if I would [get the vaccine], per se," he continued. "It's a good question. I'm not sure. The flu shot has been readily available, obviously, for years, and so many people always just got a flu shot, and I know a lot of them as well. But it wasn't anything that I felt that I need to get. So, yeah, I'm just weird about being forced to take something. It's a touchy subject, of course, so I don't know if I will get one or not, unless, like I said, I have to."

The poll, released on Friday, found that 69 percent of adults say they are going to receive the coronavirus vaccine.