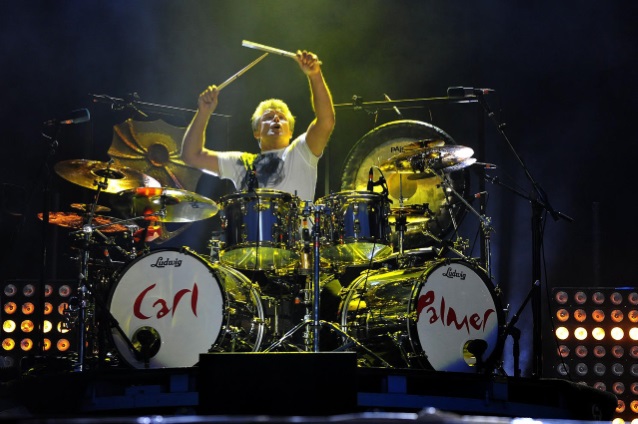 CARL PALMER's 'ELP Legacy Live' To Be Released In June

A new, two-disc digipack release from Carl Palmer, perhaps one of the most highly rated drummers in the world alive today and sole surviving member of prog rock giants EMERSON, LAKE & PALMER, will be released by BMG on June 29. "Carl Palmer's ELP Legacy Live" encompasses two outstanding CARL PALMER'S ELP LEGACY shows captured on CD and DVD and presented in a deluxe booklet with sleeve notes by Carl Palmer.

"Live In New York 2014" CD: Recorded on November 25, 2015, this masterclass of a performance includes a full-length version of ELP's "Tarkus" played alongside "Mars", "Toccata and Fugue in D Minor", "The God Of War / 21st Century Schizoid Man", "Knife-Edge", "Trilogy" and more, performed before a sell-out crowd at New York's Tralf Music Hall.

CARL PALMER'S ELP LEGACY was formed in 2001 and comprises Carl Palmer alongside the prodigal talents of Simon Fitzpatrick on guitar and Paul Bielatowicz on bass. This power trio are taking classic ELP works and reconstructing them with drums, bass and guitar rather than replicating the unique keyboard/synth work of the great Keith Emerson. The lineup injects new life into both ELP and ELP-related favorites such as "Hoedown", "Peter Gunn", "The Barbarian", "Knife-Edge", "Pictures At An Exhibition", "Lucky Man", "Fanfare For The Common Man" and KING CRIMSON's "21st Century Schizoid Man".

"It's metal prog-rock playing EMERSON, LAKE & PALMER," Carl says. "It's original and unique, and that's important to me."

Crowned "Prog God of 2017," Carl Palmer is taking the ELP legacy forward throughout 2018 in new directions, while showcasing his immeasurable talents as one of the great technical drummers alive today.

Says Carl: "My philosophy is very simple: if I keep on improving, which I am at the moment, or I can't improve but can maintain a standard, then I will carry on. The minute I can't do that, then I'm gone."

17. Behind The Scenes At The Tribute For Keith Emerson 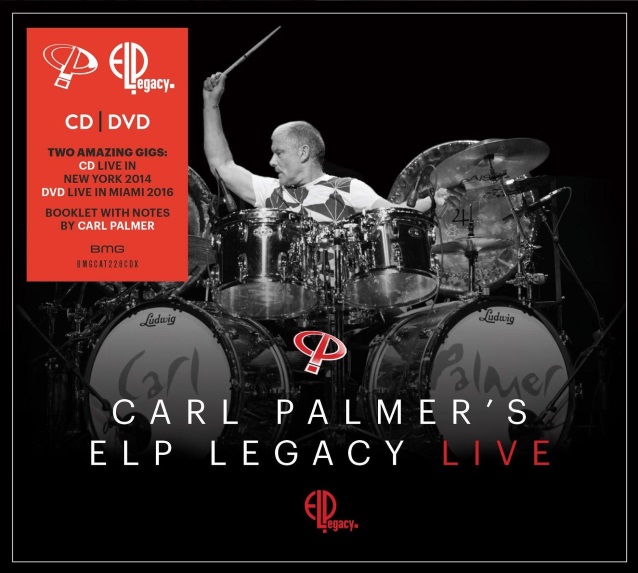