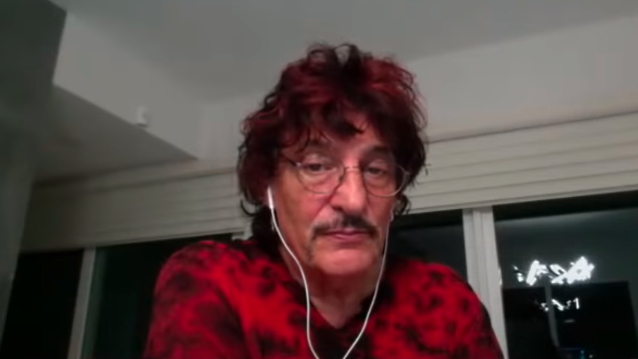 Legendary drummer Carmine Appice spoke to Pete Pardo of Sea Of Tranquility about how the rise of grunge in the early 1990s forced most hard rock bands off the radio and MTV, with album and tour sales plummeting.

"Those days, nobody would touch us, because we were all dinosaurs," Carmine recalled. "All the NIRVANAs and stuff — grunge was in, [and] nobody wanted to touch us, all the bands. Ted Nugent, DIO… I was playing with Edgar Winter in '91, '92 while doing MOTHER'S ARMY, and I was playing clubs with Edgar Winter — like 500-seat clubs. DIO was playing the same clubs, with my brother [Vinny Appice on drums]. Everybody was [experiencing a drop in popularity]. BLACK SABBATH wasn't happening. Ozzy [Osbourne] really wasn't happening. Nobody was happening except NIRVANA and STONE TEMPLE PILOTS and PEARL JAM and all those guys."