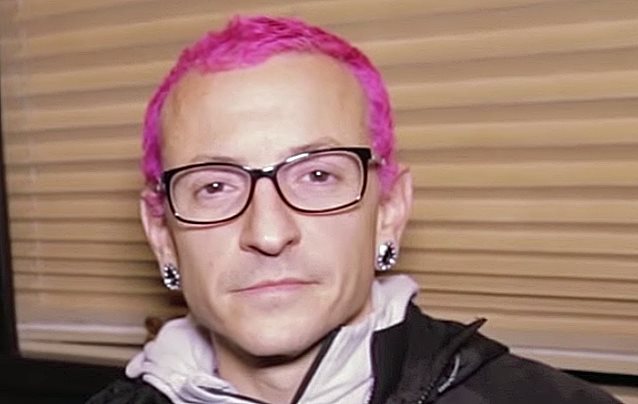 According to The Pulse Of Radio, STONE TEMPLE PILOTS vocalist Chester Bennington revealed in a new interview with A-Sides that the band considered changing its name after it dismissed original singer Scott Weiland and began working with Bennington in early 2013. Bennington explained (see video below): "We did talk about maybe changing the name of the band, and just doing something new. Honestly, my thing was like, why give up what you guys have worked so hard on? This is your legacy, you don't have to give it up just because one person didn't do things the way that everybody wanted them to go, didn't do things everybody planned. We should be able to move forward."

Bassist Robert DeLeo told The Pulse Of Radio not long ago that keeping STP going after changing frontmen was never in question. "From the beginning, it wasn't 'Hey, let's together and write a song' or 'Hey, let's get together and do this show.' It was 'Hey, let's get together and continue STONE TEMPLE PILOTS with a lot of integrity,'" he said. "That's really what the intent was. It's something that Eric [Kretz, drummer] and Dean [DeLeo, guitar] and myself have worked at for a long time, and we've been trying to hold up the whole integrity of this band for a long time."

STP dismissed Weiland in February 2013, claiming that his erratic behavior held back the band's career. The two parties exchanged lawsuits which have since been settled.

STP recruited Bennington that spring and have so far cut one EP, "High Rise", with the LINKIN PARK singer. A new album is due out later this year.

STONE TEMPLE PILOTS' next round of tour dates will begin on September 15 in Cleveland.