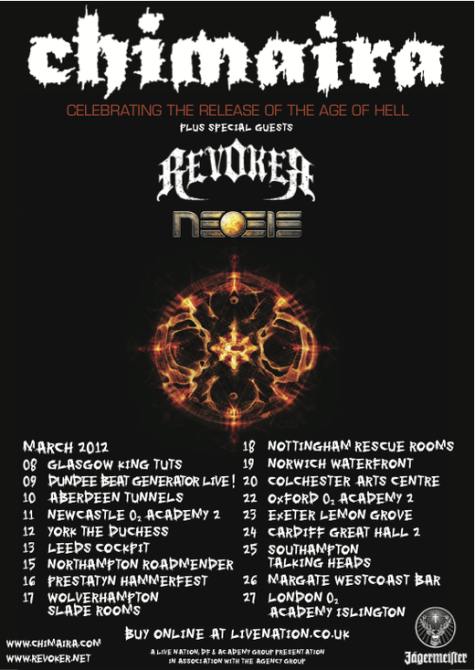 Metalhead Media conducted an interview with CHIMAIRA on March 22 at 02 Academy 2 in Oxford, England. You can watch the chat below.

CHIMAIRA's current lineup is as follows:

CHIMAIRA's "Chimaira Christmas" concert on December 30, 2011 at the House Of Blues in Cleveland, Ohio marked the band's final performance with guitarists Matt DeVries and Rob Arnold.

CHIMAIRA in December released a free digital EP, "The Age Of Remix Hell", via Multiupload.com. The effort, as the title suggests, contains remixed versions of songs from "The Age Of Hell".

"The Age Of Hell" was released in the U.S. on August 16, 2011 via eOne Music; in Germany on August 26; and in the United Kingdom, Australia and the rest of Europe on August 29 through Long Branch Records.