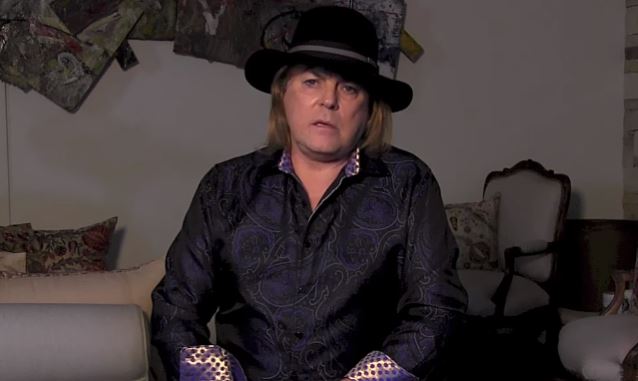 Don Dokken and George Lynch were recently interviewed by Japan's Young Guitar magazine about the reunion of DOKKEN's classic lineup, which played its only U.S. show on September 30 in Sioux Falls, South Dakota before embarking on a six-show Japanese run dubbed "Unleashed In The East".

"I never thought I would play with George again — ever," said Don. "I thought, 'This is it.'

"They've been asking me for almost six years to do a DOKKEN reunion, and I said, 'No. The answer is no.'"

"It's only six days, but there's not gonna be shows in America or Europe or Sweden or Germany. We have all these offers for a lot of money — they're [offering] us a lot of money — to play Sweden, Germany, Italy, Spain, and the answer is 'no.' Six shows — that's it. And it's never gonna happen again. And that's it. And we're gonna film it in Dakota — one show — film it on DVD, and that's it. George will go back to LYNCH MOB, and Jeff will go back to FOREIGNER, and I will continue on with [the current version of DOKKEN featuring] Jon Levin and Chris McCarvill and Wild Mick [Brown], and we will go forward."

Regarding how the reunion of DOKKEN's classic lineup came about, George said: "Actually, one of our old techs, our drum tech, who actually works with GUNS N' ROSES now — he's Axl Rose's kind of right-hand man, and has been for decades. So he's pretty well-connected. He arranged this for us. His name's Tom Mayhew, and he put this together for us, and, miraculously, it worked for everybody — everybody agreed to it — which kind of shocked me, because we tried this before. This is maybe our second or third attempt at possibly reforming, and it's always fallen apart, obviously, until this time. I knew it was real when we bought our plane flights. Then I knew, 'Okay, this is actually gonna happen.'"

Lynch added that there was a strong motivation within the band to make the reunion happen. "There's always some pre-conditions that we were all aware of, but once those were met, we knew that it was basically clear skies and there weren't any obstacles other than just somebody not wanting to do it," he explained. "There were a lot of reasons to do it and there weren't any reasons not to do it. I mean, it was a really minimal amount of time to invest. It's essentially just Japan, and we have kind of a wonderful and interesting relationship in our history with Japan. We had a lot of success there and had a lot of great memories from going over there. So, actually, the way I'm looking at this is it's a good sort of test to see how we get along and how it feels and how it sounds when we start playing together. And if it works, maybe we'll continue on. That's what I'm hoping."