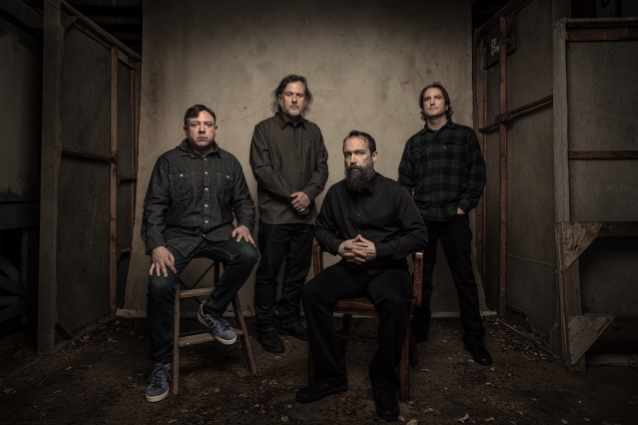 Groove rock masters CLUTCH have announced the second release of their Collector's Series vinyl reissues today. Getting the reimagined treatment this time is the band's 2005 classic "Robot Hive/Exodus", curated by bassist Dan Maines. The vinyl release is remastered and manufactured on 180-gram colored vinyl, stored in extra-heavy sleeves and limited to only 7,500 units worldwide. The gatefold jacket is printed on metalized polyester paper, and each album includes a numbered insert autographed by the band. As an extra special element, this 2xLP includes a seven-inch single with two tracks: "What Would A Wookie Do?" and "Bottoms Up, Socrates". These two songs were originally among the 16 songs written and recorded for "Robot Hive/Exodus" back in 2005 but were left off the final album due to time constraints.

Maines comments: "I'm very excited for the CLUTCH Collector's Series release of 'Robot Hive/Exodus'. With the additional seven-inch you can now hear the complete recording session remastered. We consistently play a number of these songs in our live sets every night and have even dusted off a couple more for our current tour."

The first album in this new series was "Blast Tyrant" curated by drummer Jean-Paul Gaster. The "Robot Hive/Exodus" artwork is in the vein of the original "Blast Tyrant" yet strikingly different.

CLUTCH recently released a brand new track, "Red Alert (Boss Metal Zone)", which was an homage to sci-fi author Philip K. Dick. The track and its accompanying video have clocked up 585,000 streams since release. Longtime fans of Dick, the members of CLUTCH have also curated a fun "inspired by" Sci-Fidelity playlist on Spotify to coincide with the release of the single.

CLUTCH has just wrapped up a two-leg trek across North America and has an extensive 2022 worldwide touring schedule, including summer festivals, further headline dates, and a return to Europe.

Early last year, Gaster told the Chicago-based webzine Metal Kaoz that he and his CLUTCH bandmates had "written a lot of songs" for the follow-up to 2018's "Book Of Bad Decisions" LP. He said: "We've been writing now for our new album, and I think we're spending more time than ever in the studio, just trying out different ideas. And most of the ideas don't ever really make it to the end; we try 10 things and we keep one. 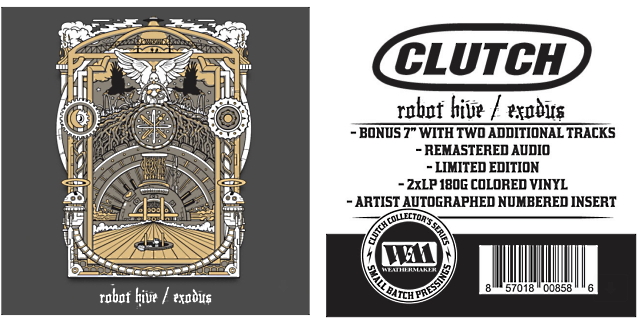