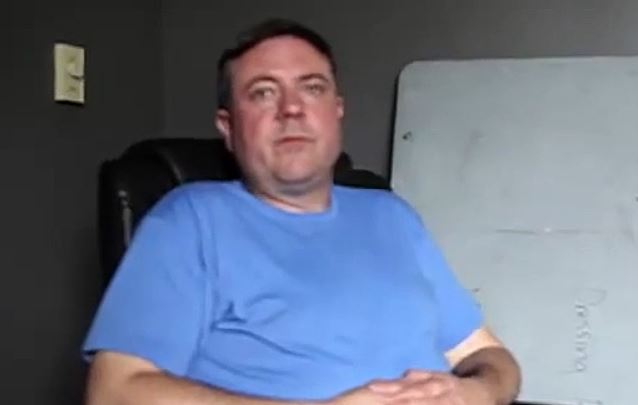 CLUTCH Guitarist: Starting Our Own Record Label Was 'Best Decision We've Ever Made'

Peter Ruttan of MetalTitans.com recently conducted an interview guitarist Tim Sult of Maryland rockers CLUTCH. You can now watch the chat below.

Asked what prompted CLUTCH to start its own label, Weathermaker Music, a few years ago, Sult responded: "We were on several different labels over the years, and we just decided we were completely sick and tired of dealing with record companies. And in 2008, we decided to just set out on our own and never looked back. And it's probably the best thing we've ever done for our career."

He continued: "[2013's] 'Earth Rocker' came out on our own label; that was the second CLUTCH studio album that we've put out on our own label. And since that time we've been lucky enough to get back the rights to our three previous studio albums, and also an album called 'Jam Room' [1999] as well. So once we release our newest album, we're gonna end up owning seven out of eleven of the CLUTCH studio albums that are in existence. So, basically, starting our own label, we did it for our own survival, to cut everybody out except for ourselves, and it's been the best decision we've probably ever made."

Regarding whether there are plans to CLUTCH to reissue all of the band's early albums with bonus tracks and extra material, Sult said: "We have done that [already] quite a bit. We've re-released our albums 'Blast Tyrant' [2004], 'Robot Hive/Exodus' [2005] and 'From Beale Street To Oblivion' [2007] as expanded [editions]. And the next one, I guess, will be 'Jam Room' 'cause we got rights to that one back recently."

Asked if there are plans for CLUTCH to acquire the masters for the band's first four records, singer Neil Fallon told Pollstar: "I hope so. I remember signing that first contract and I think I saw the term '25 years' and thought, 'Oh, well, I'll be dead. What does it matter?' Suddenly, it's been 25 years. So we'd love to do that. But we're also just as much interested in putting out our new material."

On the subject of how involved the bandmembers are with the business of CLUTCH, Fallon said: "Very. It's a learning curve for us to be both the record label and the band. But, between the four of us and our manager, Jack Flanagan, and our label manager, Stefan Koster, we can put our heads together and make decisions. Every decision is a learning process. But it can be hard. I remember bickering with labels about how large the album package could be. Back then we wanted fireworks to come out of it. Now, suddenly, I realize maybe that's not the best idea. You don't want your CD package to weigh five pounds."

CLUTCH recently completed recording its eleventh album with producer Machine for a fall release via Weathermaker Music. The basic tracks and most of the guitars for the CD were laid down at Machine's studio in Dripping Springs, Texas, while the remainder was recorded at CLUTCH's studio in Maryland.