Maryland rockers CLUTCH will perform very special sets on their annual run of dates between Christmas and New Year's Eve. The upcoming dates in D.C., Sayreville and Philadelphia will feature three completely different sets — 54 songs total. In addition, the band will play "Blast Tyrant" in its entirety for the first time ever on New Year's Eve at Union Transfer in Philadelphia. Tickets are on sale now.

"We've been having a blast over here in Europe playing a ton of songs spanning our 28-year career" states CLUTCH drummer Jean-Paul Gaster. "Nuremberg marks the fourth night of the tour, and so far we've played 62 different songs. It is for this reason we've decided to play three completely different sets for the final three CLUTCH shows of 2019.

CLUTCH recently released a David Brodsky-directed video for its cover version of CREEDENCE CLEARWATER REVIVAL's "Fortunate Son". The track, along with CLUTCH's previously issued rendition of the Willie Dixon 1950s classic "Evil" (later recorded by CACTUS) and ZZ TOP's "Precious And Grace", along with a reworked version of "Electric Worry", comprise a collection of newly recorded songs, "Weathermaker Vault Series".

Gaster told Cory Blose of TotalRock Radio's "The Valley" about "Weathermaker Vault Series": "We got into the studio early this year. After we finished another U.S. tour, we jumped in the studio and we recorded a selection of songs. I wouldn't go so far as to call it a full album. But the idea is just to release a few things throughout the rest of the year. And these will be completely just digital releases as well. We're sort of experimenting with that format — just releasing stuff for streaming purposes. And we'll see how that goes." 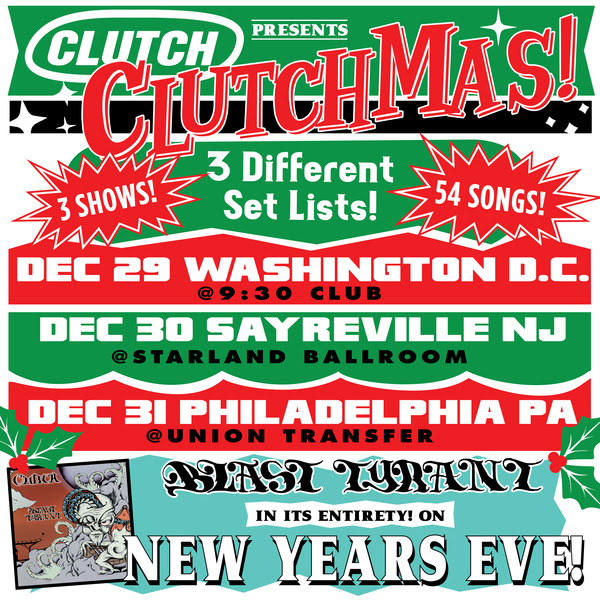