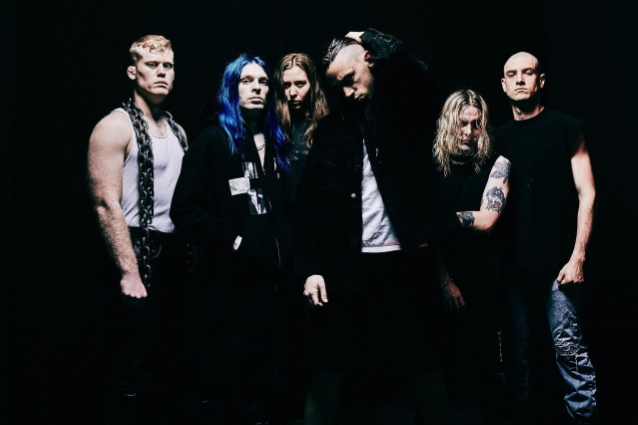 CODE ORANGE has canceled five previously announced headlining shows due to "newly enhanced COVID protocols" on the band's U.S. tour as the support act for SLIPKNOT.

This past July, CODE ORANGE announced a handful of fall 2021 headline tour dates that were supposed to see the band making stops in several markets as they simultaneously traversed the country on "Knotfest Roadshow".

The "Knotfest Roadshow" tour, also featuring KILLSWITCH ENGAGE and FEVER 333, kicked off in late September and is scheduled to wrap up in Arizona in early November.

Earlier today, CODE ORANGE released the following statement via social media: "ANNOUNCEMENT: due to newly enhanced COVID protocols on the Knotfest Roadshow Tour, we are no longer able to perform at our upcoming headline shows in Columbia, Jacksonville, Memphis, San Antonio and Tucson. this is not our call and we will be back soon. all tickets will be refunded from the point of purchase."

CODE ORANGE's latest album, "Underneath", was released in March 2020 via Roadrunner Records. Produced by drummer/vocalist Jami Morgan and Nick Raskulinecz with co-producer Will Yip, the LP features additional programming from Chris Vrenna, and was mixed by Yip and Balderose.

"Underneath" is available on all streaming platforms, and features the singles "Swallowing The Rabbit Whole", "Underneath" and "Sulfur Surrounding". In its wake, the band performed multiple livestream experiences, including "Back Inside The Glass" an all-immersive environmental experience placing CODE ORANGE's live show at the center of awe-inspiring virtual landscapes. It marked CODE ORANGE's third livestream of 2020, following their empty-venue record-release show "Last Ones Left: In Fear Of The End" and "Under The Skin", their first-ever stripped down performance, which is available now as a digital album on all streaming platforms. Additionally, CODE ORANGE has continued to reach fans across the globe through its "You And You Alone" livestream series, which features collaborative performances, playthroughs, and in-depth discussions and fan question-and-answer sessions broadcasting regularly on the band's official Twitch channel.

In 2019, CODE ORANGE made headlines in the professional wrestling world with the release of "Let Me In", their official entrance theme for WWE superstar "The Fiend" Bray Wyatt. CODE ORANGE previously featured at WWE's NXT TakeOver: Brooklyn III performing a rendition of wrestler Aleister Black's entrance theme alongside Incendiary's Brendan Garrone. "Let Me In" followed CODE ORANGE's 2018 release of "The Hurt Will Go On", a digital EP featuring "3 Knives" and "The Hunt" featuring Corey Taylor, as well as "The Hurt Will Go On" (Shade Remix),an official remix of CODE ORANGE's "Hurt Goes On" helmed by the band's guitarist and vocalist Shade. 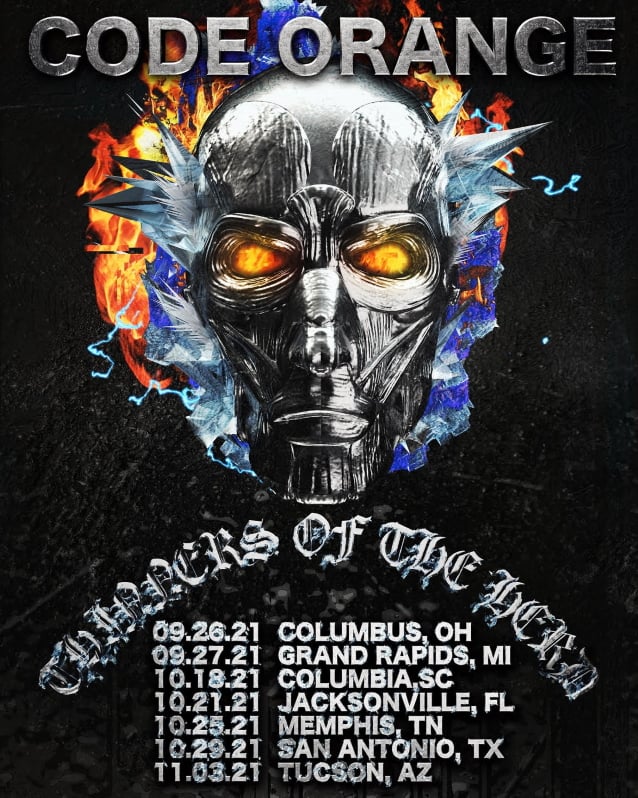