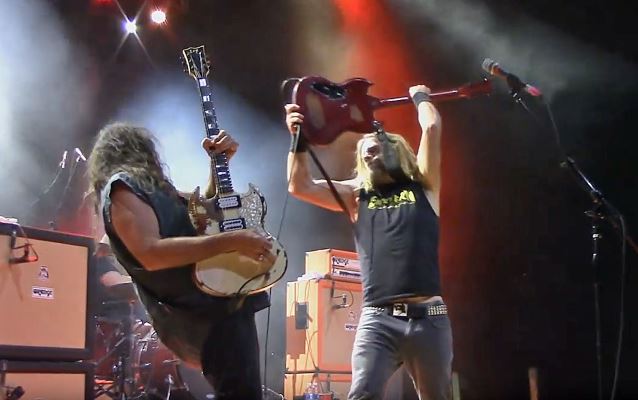 Quality video footage of CORROSION OF CONFORMITY's October 21 performance at the North Carolina State Fair in Raleigh can be seen below (video by Randy Ada).

CORROSION OF CONFORMITY's new album is being helmed by longtime producer John Custer, who has recorded such C.O.C. classics as "Deliverance", "Wiseblood", "America's Volume Dealer" and "In The Arms Of God".

CORROSION OF CONFORMITY bassist Mike Dean told TeamRock back in August: "We're currently writing it and we have a whole lot of material that we are just trying to narrow down. We're trying to get 25 rough ideas down to between 12 and 15 songs that we'll record and release next year. Four or five of them are pretty much whole formed songs."

Part of the reason for the delay in the new album's completion has been the fact that CORROSION OF CONFORMITY has been deluged with tour offers since Pepper's return to the band in 2014.

"We keep saying yes to tours!" Dean said. "We've always been in demand, but with Pepper back, it's even more so."

Pepper told FreqsTV last year that it was "such a pleasure" to play CORROSION OF CONFORMITY songs again. "I'm sure all of us would agree we're not really the kind of guys to go backwards, but it's been fun to do, and it's kind of enlightened me in a bunch of different ways of guitar playing, singing and whatnot," he said. "But it still just boils down to plugging in and playing — keeping your head in the right spot where you're not losing focus, and dropping the hammer as good as you can."

Keenan added: "To be honest with you, I can't complain. I wasn't sure quite what to expect, but people are showing up, it's fucking packed, and I think it's a good catalyst for us to go from here, if we want to, to see if we can still do it. It's not a novelty act, we're not going totally backwards, but the songs still stand this day as good as they did then, if not better. I think we're actually playing 'em better than we did back then." 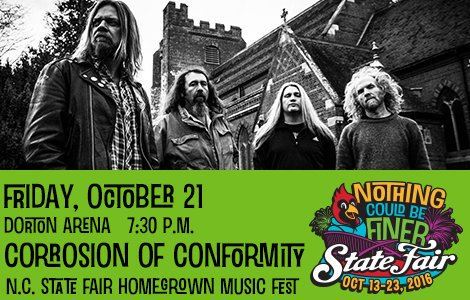