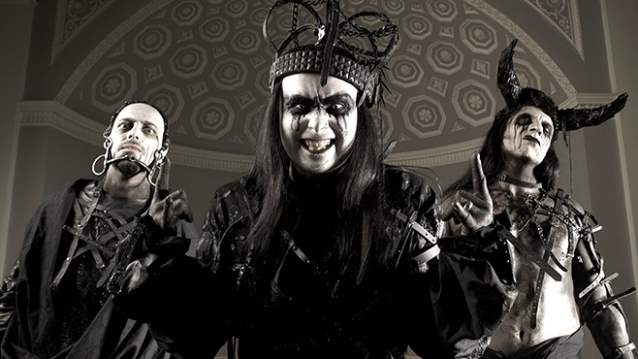 Guitarists Paul Allender and James McIlroy of British extreme metallers CRADLE OF FILTH will both sit out the band's European co-headlining tour with BEHEMOTH due to "hugely important family matters" and "serious neck surgery," respectively. Filling in for them will be Ashok of Czech groups ROOT and INNER FEAR and Richard Shaw of English acts EMPEROR CHUNG and NG26.

Comments CRADLE OF FILTH vocalist Dani "Filth" Davey: "It is with considerable amount of sadness and some awful twist of fate that we announce the absence of both Paul and James as CRADLE OF FILTH guitarists on this forthcoming European co-headliner with BEHEMOTH. This horrible and unprecedented turn of events is due to Paul having some hugely important family matters arise and James having his forthcoming serious neck surgery appointment moved forward by a couple of months.

"Not wanting to pull the tour so late in the day (and with the awful spectre of the cancelled U.S. tour this time last year looming grimly over us),swift deliberation was made by Martin, Daniel, Lindsay, myself, band management and the Crewdle, to bring in two friends of the band who knew the material as temporary replacements. A long shot at first, this is actually going to keep the band on the road and firing at 100 per cent when we hit Europe at the end of next week.

"Paul apologises profusely for his absence, but wanted to let everyone know that he wouldn't desert a tour if it wasn't for something of the gravest importance to his family.
And James sent this through to explain the insidious horror he faces…

'Hi Dani, I am heading towards the operation date for the nerve damage in my arm that has been f**king me up for the last few tours, especially the Asia-Australian one last year. I'm kind of ignoring it a bit, as it's a bit weird… Basically, they are slicing my neck open from the front (well, a minor incision) moving all the things in my throat to one side (windpipe, gloopy bits, everything you can imagine),and then replacing the broken disc in my neck with a spanking new plastic one. The same broken disc that has spilt out in to the nerve canal in my neck, quite possibly due to years of excessive onstage head-banging!!!

"'Tell everyone I am sorry but if I don't have this done now my head will probably fall off!'

"So there you have it! A proper f**king nightmare that we shall endeavour to resolve with all the resolve we can muster.

"Our thoughts are with our glum compatriots."

2014 marks the 20th anniversary of "The Principle Of Evil Made Flesh", the historic debut album from CRADLE OF FILTH on Cacophonous Records. To honor this momentous occasion, CRADLE OF FILTH is planning a whole smorgasbord of exciting stuff, including the first-ever CRADLE OF FILTH comic, the release of a career-spanning double disc best-of, and, of course, the subsequent touring.

The story for CRADLE OF FILTH's upcoming adult comic book was scripted by the comic writer Kurt Amacker (with assistance from the band's singer, Dani Filth). Several artists are in the process of mocking up some example pages for the prospective publishers. Dani previously stated about the project: "I am very excited about this venture, as it promises to be a very adult story woven straight from the CRADLE OF FILTH universe, featuring a liberated Oscar Wilde, the Demoness Lilith, nefarious sexual magickal practices and an errant Suffolk Lord who is in the unenviable process of being charged under 19th-century blasphemy laws, discovering himself engaged in a nightmarish occult netherworld." 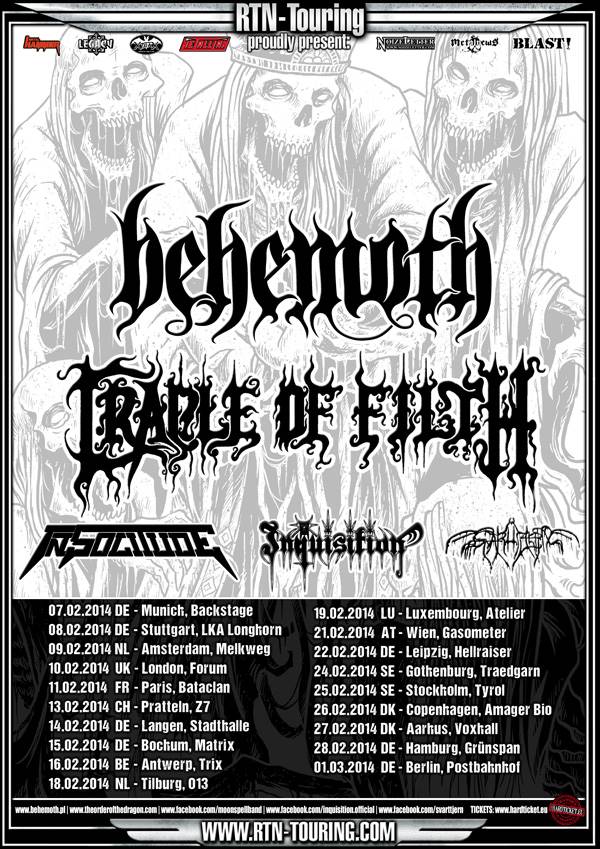