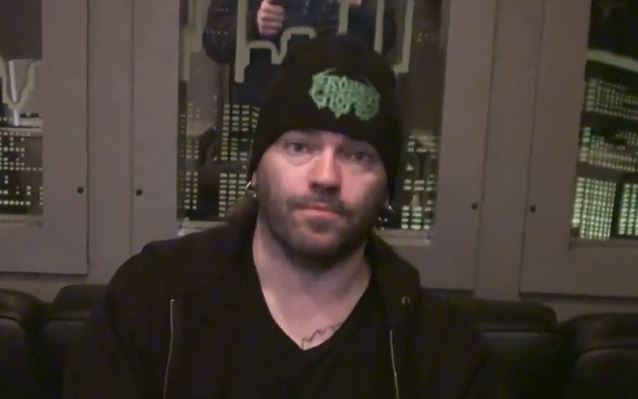 Digital Tour Bus, which gives fans "an all-access pass" to the tour buses that their favorite bands travel in, has posted its latest "Crazy Tour Stories" episode, focusing on guitarist Jeremy Wagner of reformed death metallers BROKEN HOPE. The five-minute clip, which was filmed on April 4, 2014 in Joliet, Illinois, can be seen below.