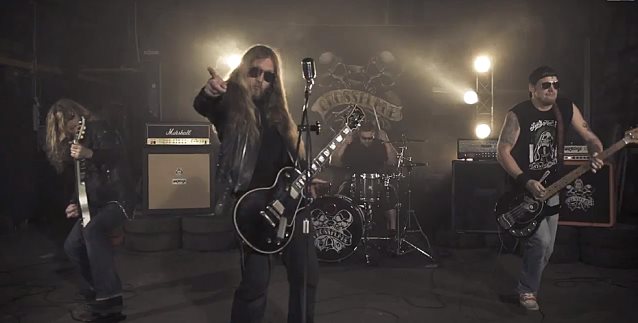 CROSSPLANE: 'Take It Or Leave It' Video Released

"Take It Or Leave It", the new video from German rock 'n' rollers CROSSPLANE, can be seen below. The song is taken from the band's full-length debut, "Class Of Hellhound High", which was released on November 29 via 7Hard Records.

MASSENDEFEKT is well known in its home country of Germany for its high-octane punk 'n' roll sung in the band's native language. They have shared stages with TURBONEGRO, BROILERS and THE BOSS HOSS.