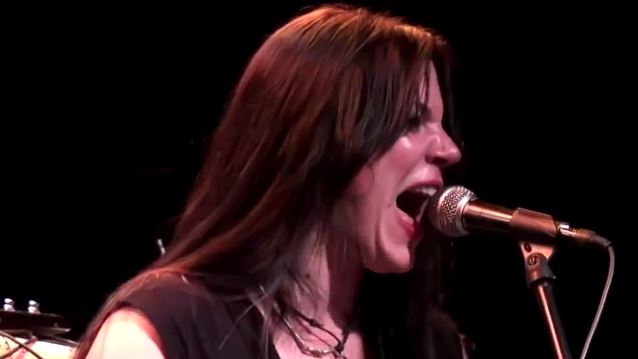 CRUCIFIED BARBARA's MIA COLDHEART Talks To Metalholic.com About 'In The Red' Album (Audio)

On July 24, Rustyn Rose of Metalholic.com conducted an interview with guitarist/vocalist Mia Coldheart of the Swedish all-girl hard rock quartet CRUCIFIED BARBARA. You can now listen to the chat below.

CRUCIFIED BARBARA will release its fourth studio album, "In The Red", on September 15 via Despotz Records. The CD was recorded at Music A Matic studio in Gothenburg with producer Chips Kiesby and engineer Henryk Lip, and is the follow-up to 2012's "The Midnight Chase".

"We've been jamming ourselves bloody," the band states, "and let our emotions flow prior to recording.

"We have always been shocked by injustice and oppression, and this time, our opinions have taken an even bigger place in the songwriting."

The group adds: "This album is the best thing we've ever done musically and it feels damn good to take a clear stand against subjects like misogyny and animal rights, topics we are passionate about, through our music."

CRUCIFIED BARBARA's new video, "To Kill A Man", can be seen below. The band stated about the track: "We and many of us feel a huge impotence and rage when we hear and read about men who systematically abuse and rape women. This type of crime is something that happens every day, everywhere.

"Of anger, we create music. Heavy substances and harsh riffs became the song 'To Kill A Man', a really heavy song in a double sense." 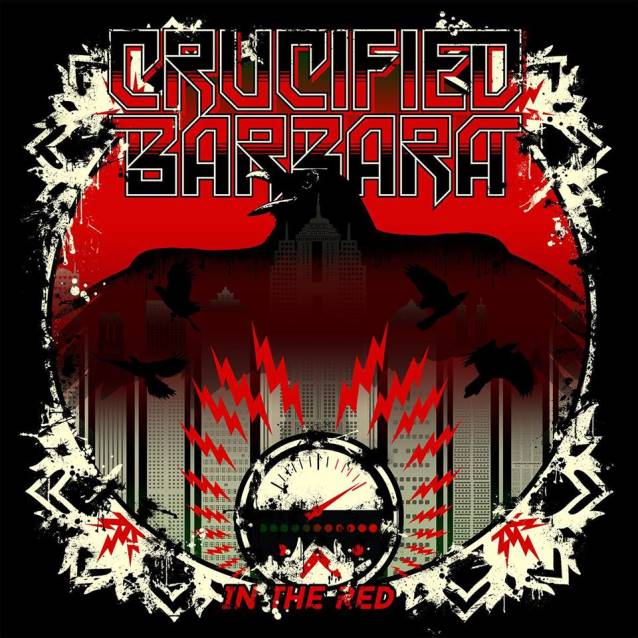