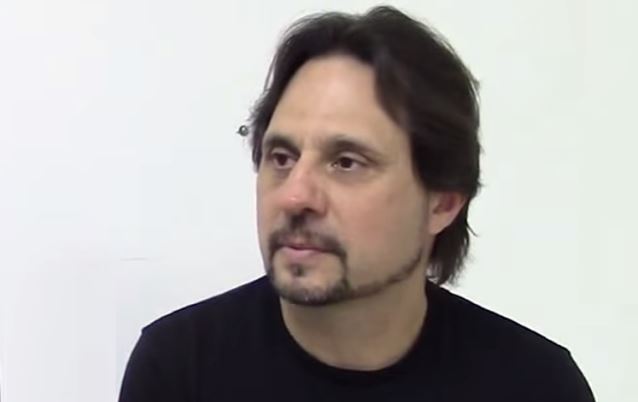 Former SLAYER and current PHILM drummer Dave Lombardo was interviewed on a recent edition of "The Urb Thrasher Flower Hour". You can now listen to the chat below.

Asked if he thinks some of the newer metal drummers are playing too fast, Lombardo replied: "Hell no! Hell no, man! That's cutting, edge, man. When you push rhythm to… especially when rhythm is played naturally — not by machines or triggers or… When it's played naturally and you're pushing that rhythm to a tempo where it's almost inhuman, but yet it's all making sense, I think that is pure energy and I think the… How would you say? If thrash had a feeling, that's like the source of it — it's when you push a rhythm to a tempo that's inhumanly possible."

Regarding the progress of the songwriting and recording sessions for the follow-up to PHILM's sophomore album, "Fire From The Evening Sun", which was released on September 16 (one day earlier internationally) via UDR, Lombardo said: "We have about six songs for the new album, and that's recorded. We're just waiting to do some overdubs and possibly record three or four more. And we plan on releasing the album on UDR around probably April [2015]. That's what I'm shooting for."