MEGADETH mainman Dave Mustaine spoke to Australia's Music Feeds about the band's new lineup and the group's forthcoming fifteenth studio album, "Dystopia", which is scheduled to arrive in January.

Tracked earlier in the year in Nashville, Tennessee and mixed by Josh Wilbur, who has previously worked with LAMB OF GOD, ALL THAT REMAINS and GOJIRA, "Dystopia" marks the recording debut of MEGADETH's current touring lineup, which consists of Mustaine (guitar, vocals) and co-founding MEGADETH bassist David Ellefson alongside LAMB OF GOD drummer Chris Adler and Brazilian guitarist Kiko Loureiro, best known for his work with ANGRA.

Regarding Kiko's addition to MEGADETH, Mustaine said: "He is so wise when it comes down to music, and as a human he's just a super-intelligent guy. We have some real cerebral conversations in the morning when we have breakfast together. He's a real loving husband and dad, and just the combination of all those things just makes him somebody that you wanna be around, you know?"

Mustaine added: "But, you know, that is so important when you're playing with somebody too. If you feel like you're just punching a time clock, there's no magic in those moments, when you're playing one of those solos when we're doing stuff in harmony and it just takes you to another place."

Asked if the rest of "Dystopia" has a more vintage MEGADETH thrash sound like the lead single "Fatal Illusion", which was recently released via the band's official web site, Mustaine said: "I think that there's gonna be elements of speed and thrash metal, and a lot of the stuff that we learned as we matured as songwriters, too."

He continued: "Probably one of my favorite songs is 'Poisonous Shadows'. It's a very dramatic song — it's not, like, a thrasher — and it has a lot of significance to me. There's that, but then there's also songs like the next single that's gonna be coming out called 'The Threat Is Real', which is full-on thrash metal. It's not speed metal — and there's a huge distinction between the two — and I think sometimes people miss those two things. And then you've got songs like 'Bullet To The Brain', which is a super-aggressive, kind of modern — I think for us — modern kind of approach to songwriting."

Mustaine went on to say: "A lot of really great songs on here that – when they were in my head – when we were first doing 'em — you know, I thought they were gonna turn out good. But after getting Chris Adler and Kiko to add their chemistry to the record — 'cause people, they know I'm consistent, they know Ellefson's consistent, but they've never heard these two guys. And to have a super-modern drumming magnate like Chris, and then having this guy that has more depth to his guitar playing than anyone I've played with… because I've had great guys I've played with… but I think Kiko has the widest expanse of guitar playing knowledge. It's just given the record all of the flavor and tone that I've always wanted."

Mustaine also set the record straight on his recent revelation that he was "working on" his second book. He said: "I say a sentence and it turns into international news. I was answering a fan's question on Twitter the other day about if I was ever gonna do another book — and I said, 'Yeah, I'm workin' on it,' and now all of a sudden it's fuckin' headlines."

He continued: "It's nothing. It was kind of like saying, 'You know what? I don't really have an answer for ya, so I'm gonna say, 'I'm workin' on it.' And then I see — it's all these sites that I like and some that I absolutely loathe — and they're trying to get the scoop on this 'new book' that I am not working on right now but that — you know — 'I'm working on it' means kind of like how they say 'eating an elephant' — one bite at a time. Now, honestly, it's pretty evident that I'm on tour, I'm not at home working on a book!"

Mustaine clarified: "The book is finished. It was something that I had written and turned in to Sanctuary [Publishing] years and years ago. It was about all the songs and stuff like that. But the publishing company folded, they gave me back the book… It was done maybe between 10 to 13 years ago and there's been a lot of songs written since then. So all I'm essentially doing is putting the other songs that need to go in there and deciding, 'Is it gonna be every single song?' or 'Is it gonna be the relevant songs off each record?' Cause it's gonna be an anthology — there's almost 200 songs in there — and I think that having 200 songs where the story about it being written is kind of fairly similar would be a bit redundant. I think if you just go to the main songs it would be great. And that's what my plan was, but — like I said — when Sanctuary folded, they gave me back the book, so I don't really have to work on it." 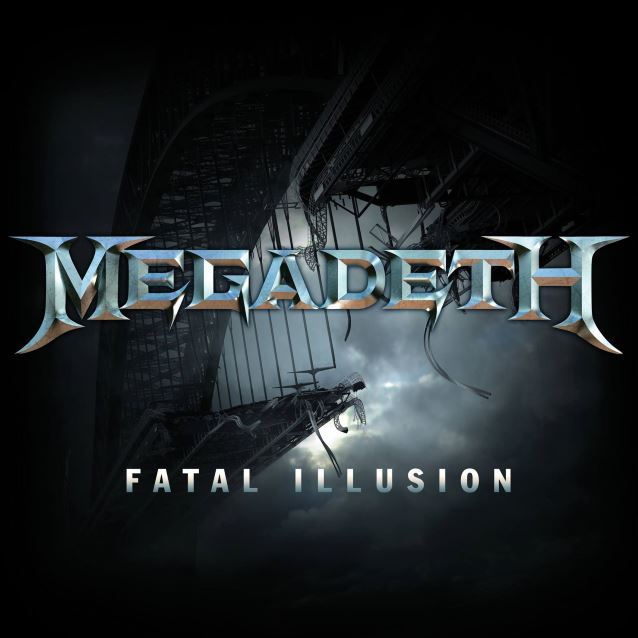