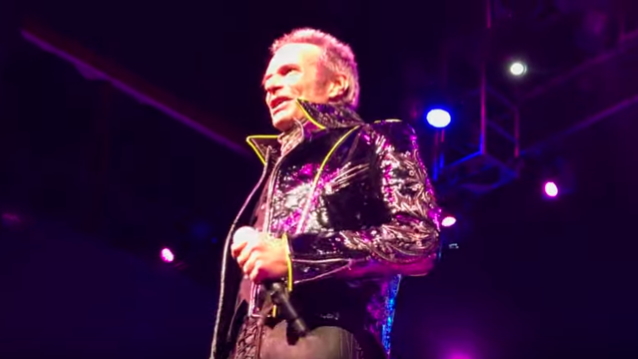 In an interview with the Las Vegas Review-Journal, Roth described his Vegas residency in the following way: "It is classic rock delivered in a way that you have yet to ever see. Most rock bands practice up the rhythm section and then add on those vocals like sprinkles. We started opposite here. What we're bringing is a symphonic sound that is clearly different.

"When you hear what we're bringing," he continued, "particularly in a spectacularly tight venue like you can find in Vegas — it's nice and tight, you can see everybody's faces, you can see eyebrows. I've said that dogs are more popular than cats because they have eyebrows. You can tell what the dog is thinking. Kitty cats, they're like strippers: You can't tell what they're thinking."

David went on to say that he spent quite a bit of time putting together his current Vegas production.

"What we bring here is a whole sensibility of storytelling and toasting and dedications," he added. "I've already had one request, fella wants to propose on stage, so we'll prepare a gospel moment, clearly. We'll have to."

Roth will play eight more Vegas shows in January and March, in addition to performing as the opening act for the upcoming North American legs of KISS's "End Of The Road" farewell tour starting on February 1 in Manchester, New Hampshire.