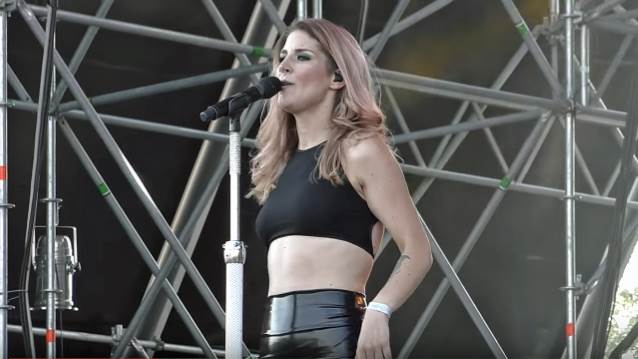 DELAIN frontwoman Charlotte Wessels spoke to the band's Hungarian fan club about the progress of the songwriting sessions for the group's first new music since 2016's "Moonbathers" LP. "We've started writing for a new album," she said (see video below). "And just like the last time, we actually figured that it would be a really nice idea to already give people a little preview of the album. We're going to do that with an EP that's going to be released this fall. Actually, I haven't said this anywhere officially yet, but it's probably going to be a little bit more than you would expect from a typical EP… It's a little bit more extensive. So I think people will be excited about it. And then, after that, we're going to continue writing… we're actually already continuing writing for the full album that's going to be released next year."

DELAIN's new EP will be released via Napalm Records. The Dutch symphonic metal band will promote the EP's release by playing two intimate headlining shows on in October.