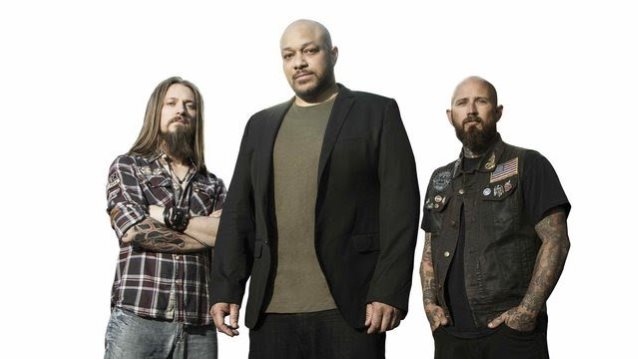 DEVIL YOU KNOW Explains Name Change To LIGHT THE TORCH

DEVIL YOU KNOW, the band fronted by former KILLSWITCH ENGAGE singer Howard Jones, has changed its name to LIGHT THE TORCH. The group says: "After member issues and legalities continued for a year with no end in sight, we collectively felt it was time to put DEVIL YOU KNOW to rest. Every effort was made to avoid this decision, but it needed/had to be done for the sake of moving forward.

"We will be forever grateful to those of you who shared that journey with us. With that said, we decided that this was a perfect time to write and record something truly different, something that reflected what we have been through and what we have become.

"Our new album is almost done being mixed, and there will be many more details coming in the following days and weeks."

LIGHT THE TORCH's debut disc will be released later in the year via Nuclear Blast Entertainment. The effort "showcases the band in an all new light, as Jones delivers the most poignant performance of his storied career," according to a press release. "With no more songwriting restrictions, the band are reaching greater heights trying out a plethora of new ideas."

It is speculated that DEVIL YOU KNOW's name change was prompted by a dispute with the band's former drummer, John Sankey, who left the group in June 2016.

In addition to Jones, LIGHT THE TORCH features guitarist Francesco Artusato (ALL SHALL PERISH) and bassist Ryan Wombacher (BLEEDING THROUGH).

In addition to playing songs from its upcoming debut, LIGHT THE TORCH will perform DEVIL YOU KNOW songs at its live shows.