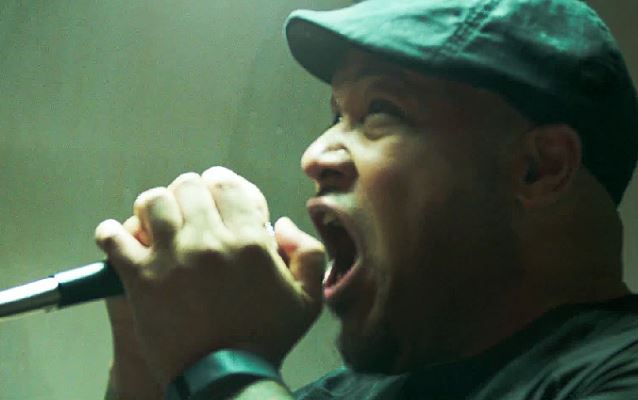 DEVIL YOU KNOW: 'It's Over' Video Released

"It's Over", the new video from DEVIL YOU KNOW — the creative union of Howard Jones (ex-KILLSWITCH ENGAGE),Francesco Artusato (ALL SHALL PERISH) and John Sankey (DEVOLVED) — can be seen below. The clip was directed by Ramon Boutviseth, who has previously worked with TRIVIUM, NONPOINT, DARKEST HOUR, INCUBUS and ALL THAT REMAINS, among others. The track is taken from DEVIL YOU KNOW's debut album, "The Beauty Of Destruction", which sold around 6,000 copies in the United States in its first week of release to debut at position No. 45 on The Billboard 200 chart.

Commented Jones: "'It's Over' is a song that struck a huge chord for me when we were in the studio recording 'The Beauty Of Destruction'. It portrays a side of DEVIL YOU KNOW that in some ways is different than what we're known for, yet comes naturally for us as a band and individuals. The video gives it an unexpected, new life."