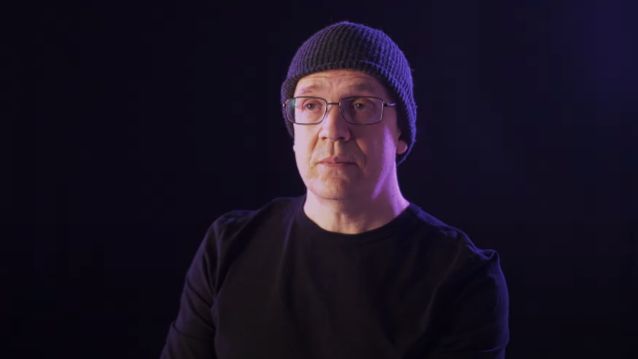 In a new interview with Metallerium, Canadian singer, songwriter and producer Devin Townsend spoke about the realities of post-pandemic touring, including increased travel expenses — gas, tour buses, hotels and flight costs. He said (as transcribed by BLABBERMOUTH.NET): "It's gotten way worse. I don't think it's better at all, actually. Because the costs of touring now, with inflation and the cost of gasoline and diesel… Plus, over the course of the pandemic, we've lost a ton of really good venues. I'd say probably 50 percent of the workforce in touring has now left. 'Cause what's a guitar tech gonna do for two years? You have to get a job, right? And so the ones that are remaining, not only are they already spoken for with other bands, but they're almost twice as expensive.

"I saw this thing about [the events ticketing giant] Live Nation the other day, they're taking 30 percent of merch sales from some of these venues," he continued. "The costs of airlines have gone up. So artists, the ability to make money on tour is almost completely gone now — at least an artist on my level.

"So, yes, it's opened up again, but it's 10 times as expensive. It's, like, what do you do? Even little things like, okay, the hotels are more expensive; the food at the hotels [is] more expensive. So at the end of it, you're touring for what? You're touring ultimately so you can present your work to the people who care about your work, and that's worth it to me. But I think for anybody to think that it's now easy again, you should investigate that, because I'm trying to set up tours for next year, and there's no way to keep them within cost — there's no way. And so you go out there and, like, well, we can't have this vehicle; we can't have this backline; we can't have this production; we can't have these lights. And then if you show up at a place and the audience comes, they're, like, 'The show's not good. There's no lights. There's no production.' So what should you do? And I think a lot of musicians, their decision is, like, 'Well, I'll just stay home then and I'll just create from home.'

"I try to go out with acoustic now, because that way I can afford it," Devin added. "If I just show up with an acoustic guitar and sing for people, it's better than nothing. But it's still, like, man, it's a complicated time, brother."

Townsend went on to say that he has "committed to four tours next year," explaining that "the hope is that by doing it people recognize the effort. Again, it's not like MÖTLEY CRÜE in the '80s, where [you had] three tour buses and a semi-truck and millions of dollars and women and all that sort of stuff. I think for prog metal, none of those things exist."

Devin released his latest album, "Lightwork", on October 28. Assembled from a barrage of material written during the pandemic, the LP — and its companion album of B-sides and demos, "Nightwork" — represents Devin at this stage of his life, post pandemic, and his reflections on what he (and many of us) all gone through.

For "Lightwork", Devin decided to see what would happen if he included a producer (an experiment he has been excited to attempt for some time) to help guide this selection of material. He chose longtime friend Garth "GGGarth" Richardson to help bring this idea to fruition.

Devin began his professional career straight out of high school when he was discovered by a record label and asked to provide lead vocals on Steve Vai's album "Sex & Religion". After touring and recording with Vai, Townsend became discouraged by what he found in the music industry and went on to produce several solo albums under the pseudonym STRAPPING YOUNG LAD. Since then, Devin has recorded many more successful albums and performed all over the world.