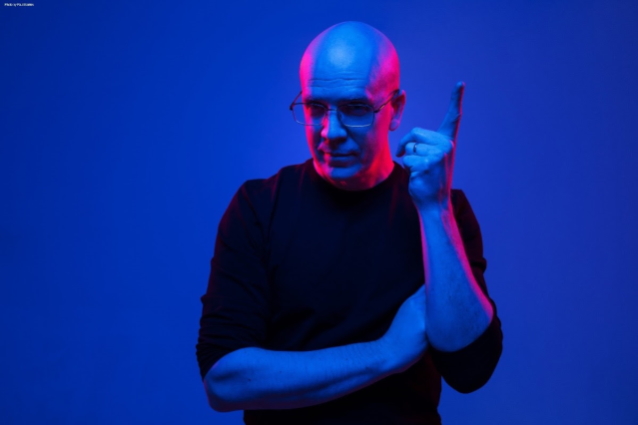 Canadian singer, songwriter and producer Devin Townsend will release his new album, "Lightwork", on October 28. The music video for the LP's first second single, "Call Of The Void", which was once again created by Devin himself, can be seen below.

Devin comments: "The concept of the song is based around the 'call of the void' as an analogy for intrusive thoughts. I first heard the term describing 'the temptation to hurl yourself over the cliff when your driving a car'… or to 'put your hand in the fire when you know you'll get burned' etc… thoughts that you know are wrong, but you fear that you won't be able to control the impulses to deny it. The point being: often I feel we have a choice, and trying not to lose sight of that was very important to me during recent difficult times.

"In terms of the visuals: All through lockdown, I really fell in love with 'cabview train journeys' that 'Railway Cowgirl' and others were posting on YouTube. Essentially, they are often full, first-person journeys to cold and distant places, far from the chaos of the world, with a sense of constant momentum really calmed me. Maybe being on tour for so many years is what made it a comfort to watch during lockdown, but in any event, I started writing with the videos playing in the background in the studio and so I thought it would be appropriate for this video.

"(Thank you 'Railway Cowgirl' for the permission to use these clips. if while viewing this video you enjoy the footage, please visit her YouTube channel and check out all her wonderful content.)

"In regards to the 'story' of these three videos, the character is now on the train headed to where the Lighthouse is located.

"So there you go… song two. It's about not letting the chaos of the world shake you. Trying to stay calm at our center to try and get through it all."

Assembled from a barrage of material written during the pandemic, "Lightwork" — and its companion album of B-sides and demos, "Nightwork" — represents Devin at this stage of his life, post pandemic, and his reflections on what he (and many of us) all gone through.

For "Lightwork", Devin decided to see what would happen if he included a producer (an experiment he has been excited to attempt for some time) to help guide this selection of material. He chose longtime friend Garth "GGGarth" Richardson to help bring this idea to fruition, and through a difficult (but wonderful) process, the next Devin album have been delivered.

The name "Lightwork" represents the music, as well as the act of creating music, as a kind of "light in the dark" while trying to navigate the seemingly endless challenges that life can often present. When things seem like there's no way out or that a situation becomes seemingly insurmountable, the connection to music, family, and creativity became a light in the dark that ended up in this wonderful album.

Featuring artwork by frequent collaborator Travis Smith, "Lightwork" arrives in several editions including a limited deluxe orange 3LP+2CD+Blu-ray box-set that includes both "Lightwork" and its companion album "Nightwork" on both CD and vinyl, as well as a Blu-ray including 5.1 Surround Sound, album commentary and visuals, art-cards and extensive perfect-bound booklet, all contained in a lift-off lid box. There will also be a Limited 2CD+Blu-ray artbook, limited 2CD digipak, gatefold 180g 2LP+CD, standard CD jewelcase and digital album. 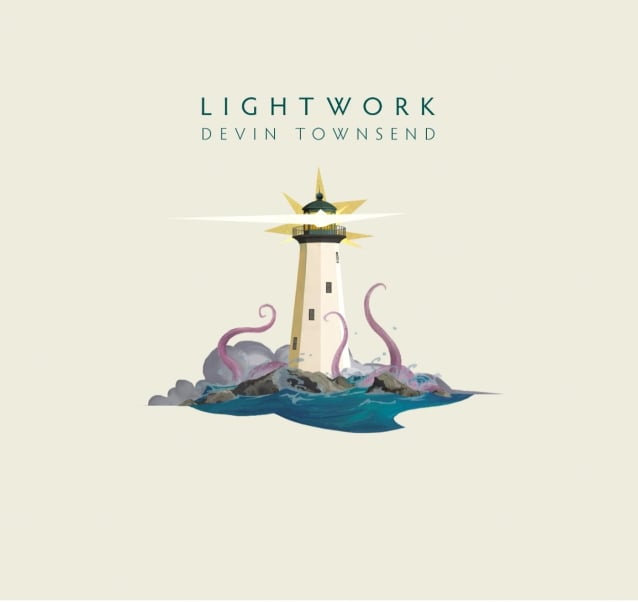