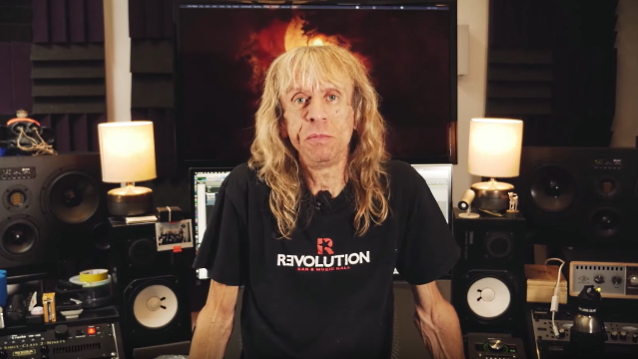 In the latest episode of "Tatler's Tales", DIAMOND HEAD guitarist Brian Tatler was asked for his opinion of METALLICA's cover versions of his band's classic songs. "They're great," he said (see video below). "They're always more powerful and a little faster than the DIAMOND HEAD versions. I mean, they're a great band. They [have] their own sound. Of course, it was very flattering. The first song they covered was 'Am I Evil' They were the first band that ever covered a DIAMOND HEAD song. And it came out in 1984; it was on the 'Creeping Death' 12-inch single, which was on Music For Nations. And I was just really flattered that 'Lars's [Ulrich] band' had covered one of our songs and done such a respectful job and worked out the guitar solo. Everything was really good — really close to our version, but a bit more modern, a bit tougher, [with] more attitude."

DIAMOND HEAD influenced a slew of early '80s thrash metal bands, in particular METALLICA, which recorded "Am I Evil" as a B-side to their 1984 "Creeping Death" single and again included on the band's multi-platinum 1998 covers album "Garage Inc."METALLICA would record three additional DIAMOND HEAD songs: "Helpless" ("Garage Days", 1987),"The Prince" ("One" single B-side, 1989) and "It's Electric" ("Garage Inc." , 1998).