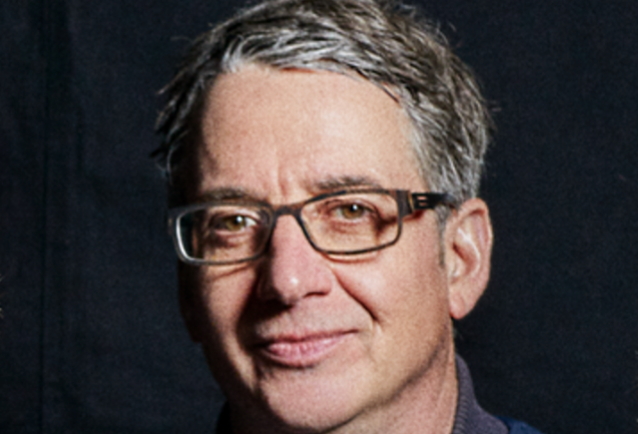 In a new interview with Andrew Daly of VWMusic, PEARL JAM guitarist Stone Gossard was asked for his take on the long-running narrative that grunge killed the career of many hard rock and heavy metal musicians. He replied: "I think there's always renewal in the world, and with that renewal, comes new perspectives. And I think that hard rock was really stagnating at that point in a way that gave an opportunity to what I'll call 'less musically talented' musicians to say, 'Hey, there's another way to play rock songs. There's another way to have songs that are heavy. And there's another way to create chaos and energy from those songs that would be outside the normal color palette of a heavy metal song.'

In recent years, several 1980s hard rock musicians have weighed in on grunge's impact on the glam-rock scene, including SKID ROW bassist Rachel Bolan. Regarding how the rise of grunge in the early 1990s forced most hard rock bands off the radio and MTV, with album and tour sales plummeting, Rachel told Rodrigo Altaf of Sonic Perspectives: "When a musical genre becomes just a point of sale, that's kind of the beginning of the end for the genre, 'cause they'll sign a million bands that kind of sound like a band, and then it just dilutes everything. So that's what was kind of happening right around when grunge came out. And then when grunge came out, it was the next big thing, and then it happened to them too. Every band that kind of resembled NIRVANA got signed, and they were nowhere near as good as NIRVANA. So it dilutes the market and eventually just poisons it."

Back in 2014, Bolan admitted to the Dallas Observer that "grunge put a lot of bands like us out of business. You just have to wait it out. We came back because people wanted to have fun again. There were some grunge bands that I liked, but it was such a different vibe and a different scene. People started to miss bands from our era. There was a certain nostalgia involved."

In a 2016 interview with the Fox Business program "Kennedy", Bolan's onetime bandmate Sebastian Bach was asked when he realized that there was a "shift" taking place and how he felt about it. He responded: "I think I realized it when I saw the video for [NIRVANA's] 'Smells Like Teen Spirit'. And there was never any video or song like that before; it was a new sound, and people were responding to it. But what goes around comes around. I mean, now the biggest tour in town is GUNS N' ROSES or AC/DC, who have the same singer. [Laughs] So, you know, music is cyclical, and people will always love rock and roll, 'cause it gets passed down through the generations. IRON MAIDEN has never been bigger than right now. It's kind of crazy."

Earlier this year, TWISTED SISTER frontman Dee Snider told told Armchair MBA that "no one saw" the rise of grunge coming, but he admitted that he "was already dead and semi-buried before grunge hit. TWISTED arrived in the early '80s and then we hit our stride in the mid-'80s and by the late '80s, the band had broken up. I had a band called DESPERADO [with former IRON MAIDEN drummer Clive Burr and ex-GILLAN guitarist Bernie Tormé] that got shelved by Elektra Records; a lot of money we spent on that record. So I was sort of already removed as a featured artist by that point, and I was struggling trying to find my footing with DESPERADO and then WIDOWMAKER. And then I got the letter in the mail, certified letter, 'We have decided we're no longer doing what you do — look like you, sound like you, sing like you, write like you, perform like you. We actually don't want anything to do with anything you ever did. Sincerely, the music-buying public.' [Laughs] And that's when the bottom really fell out. I mean, imagine being a doctor who studied a form of medicine, and they found a cure for it. You're a cancer specialist — a specialist; it's what you dedicated your life to — and you get a pill that cures [cancer]. You're out of work. Grunge cured hair metal. So I was out of work."

Two years ago, Snider told Ultimate Guitar that he "loved" NIRVANA and other grunge bands when they emerged. "When they first came out, it wasn't even called grunge," he explained. "And this is the thing about titles — even heavy metal, punk, hair metal, those are not titles chosen by the artists; they're titles chosen by the writers. And usually as a negative connotation. Usually as a form of a putdown. And the artists that they called grunge, called punk, called heavy metal — they hated it. This is a fact, dude. I'm old. I know this, a fact: if you mentioned grunge to SOUNDGARDEN or PEARL JAM, they got physically violent with you. They were just a rock band. And if anything, SOUNDGARDEN, ALICE IN CHAINS, they were metal bands. They were touring with Ozzy [Osbourne]. It just became defined by some writers; they pigeonholed it and called it a new sound."

Dee continued: "When it first came out, I was, again, doing metal radio, and I was playing ALICE IN CHAINS, SOUNDGARDEN, NIRVANA on my show, and I was like, 'This is great, heavy new stuff.' So then it became defined as grunge, and then it was the hair metal killer, and that was awful. But I don't blame it on the music; hair metal did it to itself. It became too commercialized, and then it got unplugged and became nothing but power ballads and acoustic songs, and it wasn't metal anymore. It had to go; it had to change."

Snider's TWISTED SISTER bandmate Jay Jay French told Daniel Sarkissian of the "Rock Is Dead?" documentary about the death of hair metal and arrival of grunge: "The only band that leapfrogged and saved themselves was GUNS N' ROSES. And my theory is that GUNS N' ROSES was not perceived as a joke. They came out of L.A., but I think that Axl [Rose], first of all, had a great voice. I think that they were perceived as real, not fake. Like, they were real junkies, not pretend junkies. So there's an authenticity. It's all about authenticity, and grunge is all about authenticity. People wanted authenticity, so they got it with grunge. It wiped out the perceived frivolousness of hair metal, which is, 'Hey, man. Let's party. Let's get the girls and drink.' I think people just got sick of that, and they wanted [something more] authentic."

In 2019, former TNT singer Tony Harnell said that the rise of the grunge movement, which symbolized the working-class spirit and focused on music over image, was ultimately a positive thing for the rock genre because it "shined a really harsh light on how boring and repetitive" the '80s glam metal scene had become. He explained: "It was the same look, the same songwriters, the same producers, and it just started to be… Nobody was offering anything… Don't get me wrong, there were a few that got in there that were interesting and different, but, for the most part, they were all just sort of rehashes, slightly, of other bands."