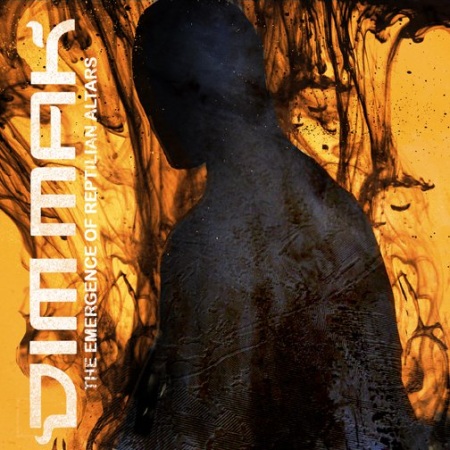 One of the greatest technical death metal bands ever assembled, New Jersey's DIM MAK is working on its new album, "Emergence Of Reptilian Altar", for a late 2011 release. The band recently finished tracking the bass and drums for the follow-up to 2006's "Knives Of Ice" and is scheduled to begin laying down the guitars the first week of April.

Commented guitarist Shaune Kelley: "I have known Joey for a couple of decades, so after being notified that Scott Ruth is stepping down, I am proud to say I have the best man for the job. I would like to also thank Scott Ruth for 25-plus years of amazing performances and lyrics in the extreme underground. You will be missed. But the time has come to usher in some new blood, fresh ideas, and new sounds. So fans of DIM MAK, please welcome to the mix on vocals, Mr. Joseph Capizzi."

01. Thrice Cursed
02. The Sounds Of Carnage
03. The Secret Of The Tides Of Blood
04. Between Immensity And Eternity
05. Through The Rivers Of Pestilence
06. Fully Disassembled
07. Kutulu
08. The Emergence Of Reptilian Altars

"Knives of Ice" was released in April 2006 via Willowtip Records. According to a press release, the CD "set a new standard for unrestrained musicianship that exposes the listener to a myriad of slithery Tetris-defeating rhythms, violent flurries of spitfire blast-beats, exotic, pyramid-melting leads, and infectious vocal lacerations. These elements combine to create an original, fluid songwriting style that actually means something and isn't afraid to flirt with some seriously skullcrushing slap-dash grooves."