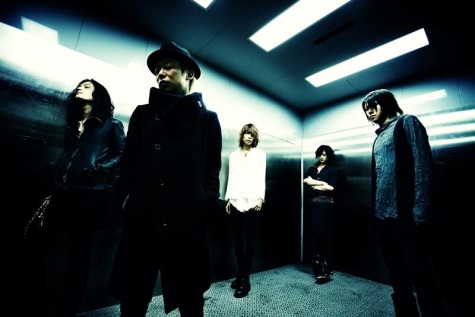 Under recommendation of DIR EN GREY frontman Kyo's physician after extensive examination of his vocal cords, the Japanese rockers have regretfully canceled their participation in "The Still Reckless Tour" and solo shows scheduled between March and April 2012.

The band has released the following statement to their fans and those involved in the tour:

"To our fans as well as the other bands and staff involved in the tour we extend our sincere apologies. We ask for your understanding that this was an extremely difficult decision to make. Thank you all for your continued support, which is deeply appreciated."

Acts scheduled to take part in "The Still Reckless Tour" include ASKING ALEXANDRIA, TRIVIUM, I SEE STARS, MOTIONLESS IN WHITE and THE AMITY AFFLICTION.

DIR EN GREY was also slated to play a pair of solo headlining shows in Seattle, Washington on March 7 and St. Petersburg, FL on March 20.

DIR EN GREY wrapped up 2011 after releasing "Dum Spiro Spero" (The End Records) in August to critical acclaim and conquering the globe with their pummeling and artful live performances on their 2011 tour.