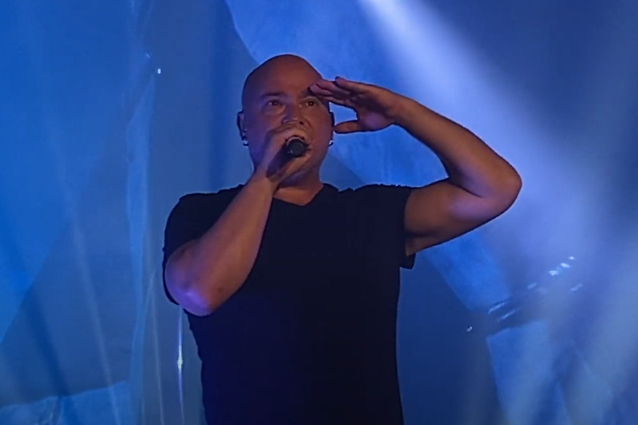 Last night (Thursday, November 4),DISTURBED became the first band to perform at the new Hard Rock Live performance venue at the Hard Rock Casino in Gary, Indiana. This marked DISTURBED's second show back since the start of the pandemic; the band headlined one of the nights of the Louder Than Life festival in Louisville, Kentucky in September.

Jeff Clayton, director of entertainment at the Hard Rock Casino Northern Indiana, told the Chicago Tribune that DISTURBED was "the perfect fit" to be the first act to play the venue, which can seat up to 1,916 with an overall capacity of 2,207, including standing room only.

"It seemed to align very much with the theater and the Hard Rock brand," he said. "Hard Rock serves all genres of music, this just happened to be the one we went with for the first concert. We think they represent everything we want to represent and we're very, very excited to have them as the first act."

DISTURBED guitarist Dan Donegan, who grew up in Alsip, Illinois, said that he was excited to get the call up to be the first act at the new performance venue.

"I'm thrilled because I know the fans have been waiting for this. It's close enough to home that we'll have family and friends come out," he said. "We're thrilled that we finally, finally get the chance to return." 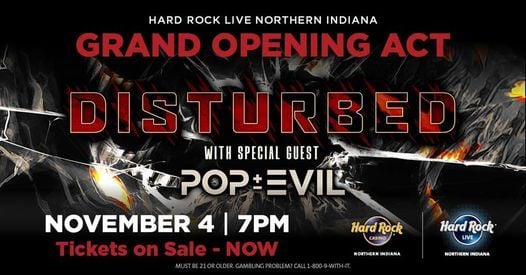