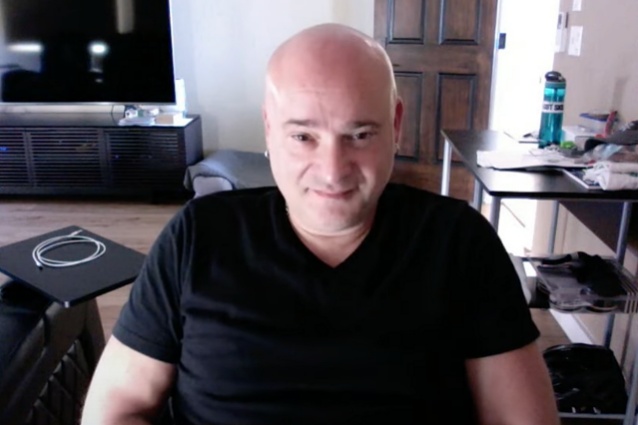 DISTURBED frontman David Draiman, who produced TRIVIUM's "Vengeance Falls" album nearly a decade ago, was asked in a new interview with AXS TV's "Rock & Tell" if he gravitates to listening to the vocals first when he is working with an artist or if he is able to block that out and listen to something else first. He responded (as transcribed by BLABBERMOUTH.NET): "Well, it all depends on the type of music you're approaching, number one. Obviously, if we're talking about something instrumental, then it's a moot point. But if you're talking about a vocal-driven song, and that's the way 99.9 percent of all music, is vocally driven, then I think any producer, whether it's me or anyone else, is going to start with the vocals. The musical bed has to be powerful, it has to be complex, it has to be artistic, it has to be telling a story of its own and have its own color and all those things, but at the end of the day, people remember hooks. And usually — usually — and don't get me wrong, there are certain instances where there are exceptions, but the vocal carries the hook, for the most part. In fact, so much so that I would say that most producers will tend to strip away aspects of musicality in cases to accommodate the vocal where it is so strong that things get in the way. And I think if you don't do that, then you're kind of shooting yourself in the foot."