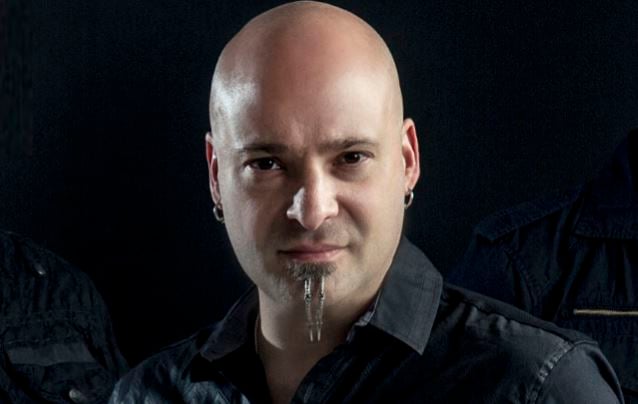 DISTURBED singer David Draiman recently spoke to Artisan News about the band's decision to end their four-year hiatus and release a new studio album, "Immortalized", later this month. You can listen to the chat in the YouTube clip below.

"Immortalized" will be made available on August 21 through Reprise Records. Lead single "The Vengeful One" is out now, along with the accompanying animated video from award-winning filmmaker Phil Mucci, and The upcoming release follows 2010's gold-certified "Asylum", DISTURBED's fourth consecutive #1 on the Billboard Top 200, and the group's subsequent break, which gave members Draiman, Dan Donegan (guitar),Mike Wengren (drums) and John Moyer (bass) the necessary reprieve to make this imminent and deliberate return.

"The Vengeful One" has racked up more than four and a half million views in six weeks, and Donegan told The Pulse Of Radio they kept the creation of the new album a secret for the better part of a year. "It's been tough, because we haven't even told like some of our family and friends, so, I mean, for us to go away for almost four months, it was tricky," he said. "I mean, there was some family that I didn't even tell what I was doing. It was tricky to kind of keep that secret, 'cause I'm very bad at lying. I'm not a good liar at all, so to kind of withhold that information from our friends and family, it was tough."

DISTURBED will play its first show in four years on August 21 at the House of Blues in the band's hometown of Chicago.