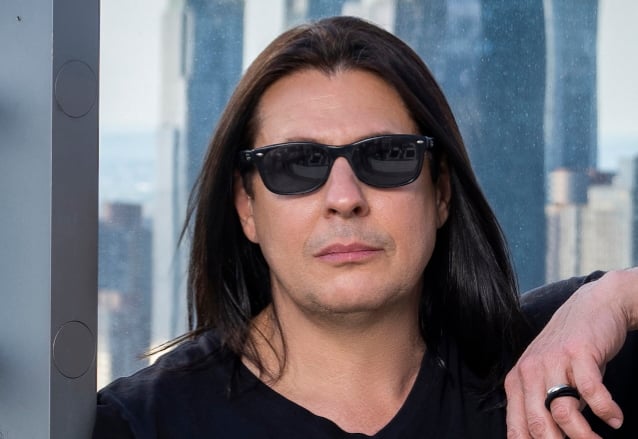 DREAM THEATER's Mike Mangini has shared a 12-minute "tour recap." In a message accompanying the YouTube release of the video, the 59-year-old drummer wrote: "This video is a combination promo for my June 11 Zoom Class, as well as a glimpse into what it feels like to decompress after a two-month-long DREAM THEATER Tour Leg. There are a lot of live clips in this video. The sound is raw from the cameras, so certain cymbals are much louder than others."

Two months ago, DREAM THEATER won its first-ever Grammy in the "Best Metal Performance" category in the pre-telecast ceremony at the 64th annual Grammy Awards, which was held at the MGM Grand Garden Arena in Las Vegas. DREAM THEATER was nominated for "The Alien", a track from its 2021 album "A View From The Top Of The World". DREAM THEATER's previous Grammy nominations were for the song "On The Backs Of Angels", from 2011's "A Dramatic Turn Of Events" album, and the single "The Enemy Inside" from 2013's "Dream Theater".