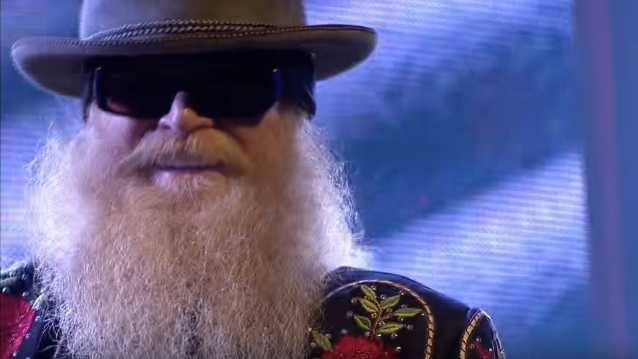 Charleen McCrory, the widow of ZZ TOP's Dusty Hill, has offered her first public comments since the bassist's death.

On Monday (August 2),McCrory released a statement via ZZ TOP's social media thanking fans, friends and colleagues for their "overwhelming outpouring of love" following the passing of her husband.

She wrote: "After 19 wonderful years of marriage that ended too soon, I've decided to step out into Dusty's spotlight to thank all of his fans, colleagues and friends for the overwhelming outpouring of love for The Dust. It makes me hopeful he will not be forgotten.

"He was the kindest, most gentle and caring man a woman could ever hope to find in a lifetime. Many don't believe in fairy tale marriages but Dusty and I truly lived one! We were inseparable.

"He wasn't supposed to leave me or all of you. That wasn't the plan he and I had. The plan was for another round of physical therapy, with a different approach, to help his chronic bursitis. The plan was he would return to the second leg of the tour in September.

"Early Wednesday morning my world and yours would lose a great musician and I would lose my greatest love. He woke me up and we talked and as he was sweetly chatting with me he suddenly stopped and he was gone in an instant. So, while I feel numb and lost and alone and in a million pieces, I know he will always be with me in my heart and soul and I will join him when the Lord calls me home to be with them. It is my hope you will always keep him in your hearts. He loved his fans and always remembered that without fans music is not heard. So, know he truly appreciated each and every one of you.

"Dusty was an avid tv and movie buff…always quoting lines and so I share an embellished quote from 'This Is Us' as my last love letter I send with him to his final resting place.

"I will be with you again.

"Love you to infinity and back.

"I will lay my husband to rest tomorrow. I would ask that you look to the heavens at noon and wish Dusty Godspeed.

"With great love, respect and appreciation to Dusty's fans, colleagues and friends,

ZZ TOP played its first show following Hill's death on July 30 in Tuscaloosa, Alabama. illing in for Hill at the Tuscaloosa show was ZZ TOP's longtime guitar tech Elwood Francis, who has worked with the band for more than two decades. According to the band, Francis will continue to play bass for ZZ TOP for the foreseeable future.

ZZ TOP canceled a show on July 28 in South Carolina after learning that the 72-year-old Hill had died at his Houston, Texas home.

Francis made his live debut with ZZ TOP on July 23 at the Village Commons in New Lenox, Illinois after Hill was forced to return to Texas to address a hip issue.

ZZ TOP kicked off its latest tour three weeks ago in Manchester, Iowa. The trek, dubbed "A Celebration With ZZ Top", will continue in August with dates in the South, Midwest and Far West.

After 19 wonderful years of marriage that ended too soon, I’ve decided to step out into Dusty’s spotlight to thank all...